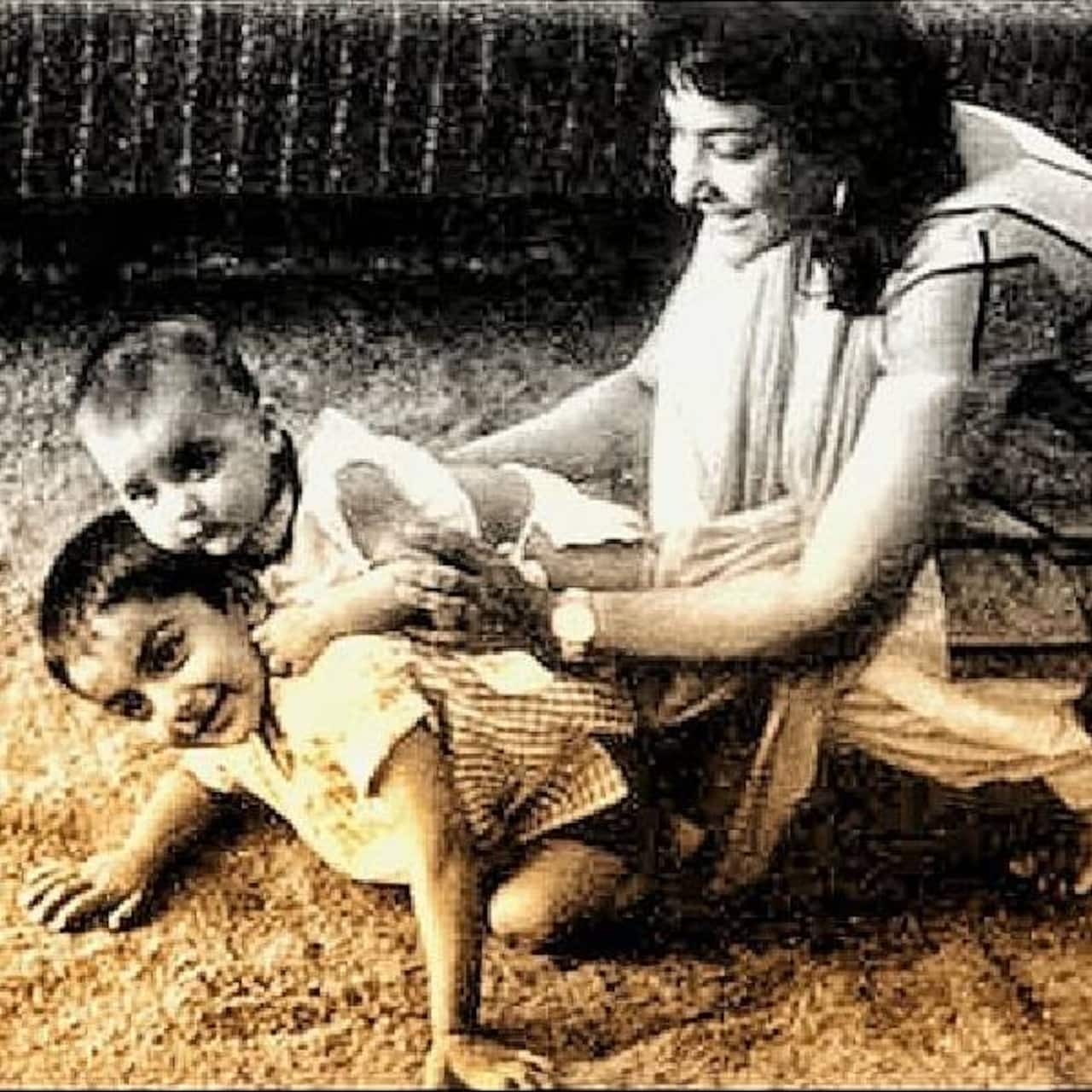 Today is Bollywood’s much-loved actress, late Nargis Dutt’s 90th birth anniversary and her son, Sanjay Dutt shared an adorable throwback picture, marking the occasion. The fun click from Sanjay Dutt’s childhood days features him playing with one of his sisters, with mom Nargis Dutt enjoying with the kids. He captioned the picture as, “Memories never fade! Happy Birthday Mom.” Check out his Instagram post below: Also Read - Alia Bhatt and Varun Dhawan react to the box office success of Pathaan and #BoycottPathaan [Watch Video]

Last week, Sanjay Dutt had treated his fans with another snap from his family album. The photograph featured Nargis, Sunil Dutt and his sisters Priya Dutt and Namrata Dutt. The monochrome click came with a heartfelt note, “The pillars of our family! I miss you Mom & Dad.” Also Read - Trending Entertaiment News Today: Alia Bhatt says Raha Kapoor is her top priority, Jawan director Atlee blessed with a baby boy

The pillars of our family! I miss you Mom & Dad ♥️

On the work front, Sanjay Dutt will next be seen in Sadak 2, which is helmed by Mahesh Bhatt. The film with feature Alia Bhatt and Aditya Roy Kapur in the lead, while Pooja Bhatt and Sanjay Dutt will play vital characters. Revealing the storyline, a source had informed Mumbai Mirror, “Alia’s character is out to expose a fake guru who runs an ashram. She is accompanied by Sanjay’s (Dutt) character in this journey. Sanjay has already started prep with Bhatt saab.” Also Read - Pathaan box office collection: Alia Bhatt reacts to Shah Rukh Khan film breaking Brahmastra records

#Repost: @poojab1972 ··· “ And Mahesh whispers to Sanju what Shiva is really all about- “Shiva is an illuminator, protector, teacher of the ultimate wisdom in silence. We get comfort only when we abandon everything that we hold dearly to ourselves and seek refuge in that Rudra , totally resigning, and surrendering to that energy!” #Shiva #Mahesh #Sadak2 #actorsanddirectors #sanjaydutt #maheshbhatt #tattoo #shivatattoo #behindthescenes #candidcamera ”

Sadak 2 will be produced under the banners of Vishesh Films and Fox Star Studios. The film is set to hit the screens on November 15, 2019.