Sanjay Dutt is one doting dad. The actor whose swag and charisma has only increased over the years was seen today at the launch of a restaurant. The event happened in Colaba, South Mumbai. Sanjay's two kids Iqra and Shahraan were also with him. The little fellow was dressed in denims and a checkered shirt while Iqra wore a white and gold dress. We so loved her look that was sparkling and pretty chic. Do not miss seeing her golden strappy heels. Sanjay Dutt wore a leather jacket with a black tee and denims. Iqra and Shahraan were smiling all through the launch. Others at the launch were Kunal Vijaykar, Boman Irani and wife Zenobia. Check out the pics... 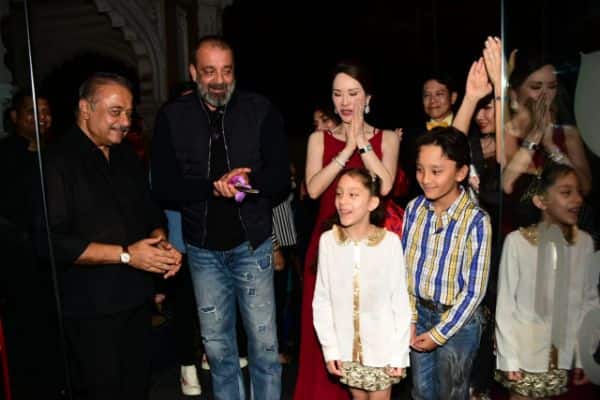 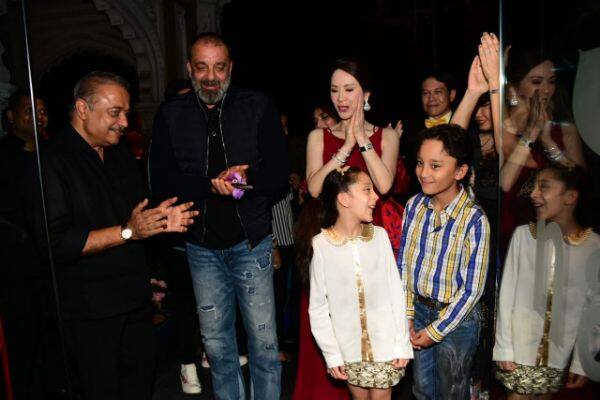 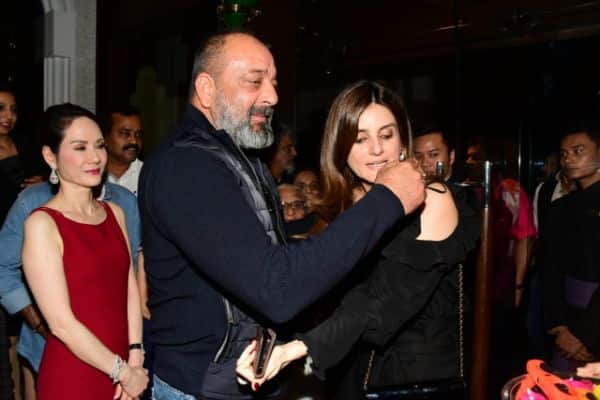 Sanjay Dutt was last seen on Kalank as Baldev Chaudhary. It reunited him with his 90's co-star Madhuri Dixit. He said, "It was great to work with her again. I was a little nervous, but she made things easy. She's got terrific command as an actor. We spoke about our kids. In fact, I made my children [Shahraan and Iqra] meet her when they dropped by on the sets."

Sanjay Dutt is quite busy with his upcoming projects that include Panipat, Torbaaz, Prasthanam, Shamshera and Sadak 2. He is playing the antagonist in Shamshera opposite Ranbir Kapoor and is Alia Bhatt's dad in Sadak 2. He is now busy with the shoot of Panipat. Reports came of how he did stay in touch with the kids daily via video call. Recently, his kids won medals in school and he said he could not be prouder. Stay tuned to BollywoodLife for more scoops and updates!