Sanjay Dutt had an early release today and family, friends and fans rejoiced and some of them even decorated the lane leading up to his house with posters of his return!

The actor is finally out of the prison...

Sanjay Dutt is finally back and this couldn't be a happier day for him and tinsel town. The actor who was convicted for charges of keeping illegal weapons at his place right before the fateful 1993 Mumbai blast, served his five year jail term and is out now. Munna Bhai's wife, Manyata Dutta actually went to Pune's Yerawada Jail to pick up her husband. The actor is on his way home and has in fact already reached the airport as well. The actor was very ecstatic and the minute he walked out of the prison, he had this big smile on his face and he smilingly waved at the media. So while the actor makes his way home, this is how his fans have decided to welcome the actor! Also Read - Sanjay Dutt's daughter Trishala posts adorable pic with mom, Maanayata comments

There are several posters that have been made by fans and in fact, the entire stretch of the road leading up to his residence has been decorated with his posters everywhere. While on one poster says, "Welcome Back Sanju Baba," another one has his picture with his late mother which again welcomes him. A group going by the name Bandra Boys has been rigorously making posters to welcome their Bandra Boy home after serving his jail term. Check out the pictures of the same underneath. Also Read - Sanjay Dutt approves of Maanayata's internet breaking pics on Instagram, admits he too needs to buck up! - watch video 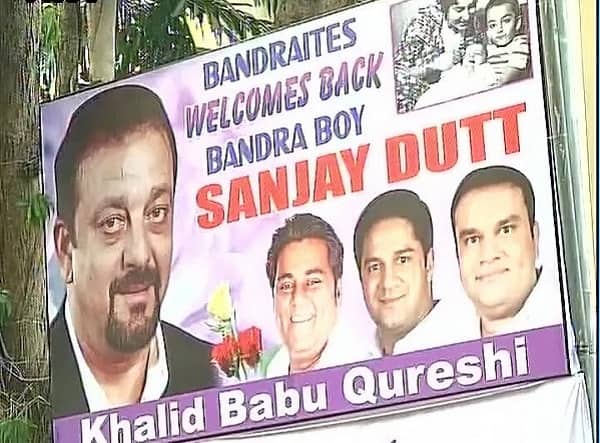 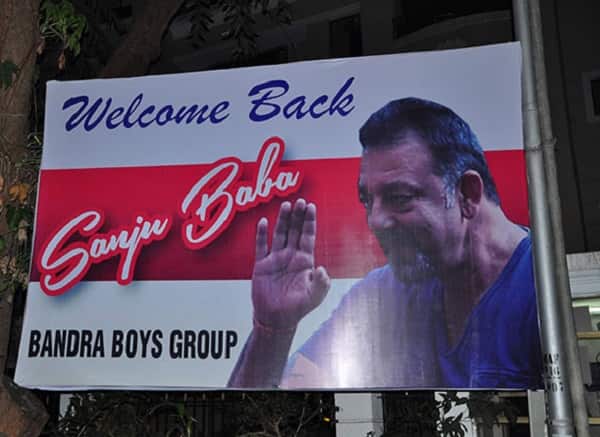 A poster of Sanjay Dutt with his late mother Nargis 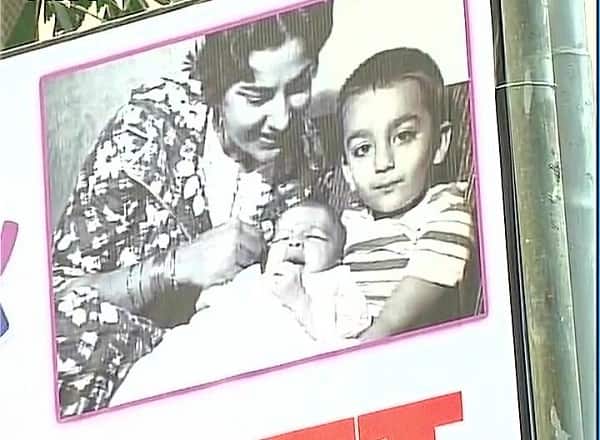 Tell us what you think of this grand welcome for the actor, in the comments section below! Also, tell us if you're happy that the actor has been released before his actual release date!