Ranbir Kapoor's Sanju trailer is here and it is not only hard hitting but entertaing too - watch the video now! 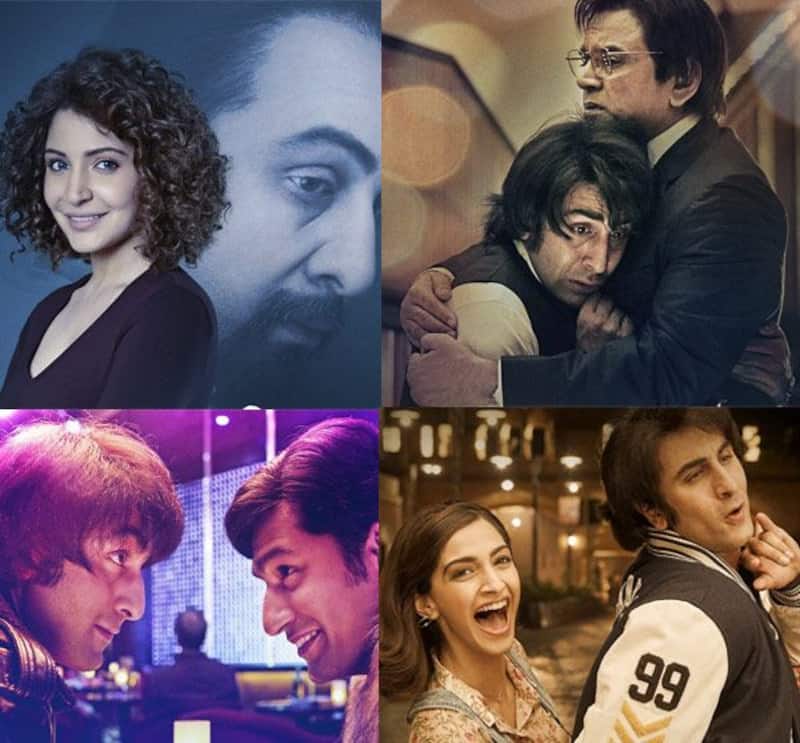 Ranbir Kapoor and Rajkumar Hirani's Sanju has been in the making since a few years and it is now finally releasing on June 29. The film has generated a lot of buzz and anticipation already. And now, barely a month before its release, the makers have finally dropped a trailer of the film and taken our breath away. Not only is the Sanju trailer a cinematic treat, but it also shows us the emotional and heart-wrenching journey of one of the biggest superstars in the country - Sanjay Dutt. Also Read - Katrina Kaif-Vicky Kaushal spotted at a clinic amid the rumours of actress' pregnancy; fans say, 'Baby loading' [View Pics]

In the Sanju trailer, we get a glimpse of Ranbir Kapoor as the lean Sanjay Dutt from the '80s and '90s as well as in the Munna Bhai avatar. We see him go through all of the veteran actor's phases - right from the best days of his life to his romantic rendezvous with several women over the years to his run in with the law, his jail term and much more. His life, after returning from the jail, also makes it to the trailer. Clearly, the makers wanted to show us a glimpse of everything he has been through and how he has braved everything and still be a humble man. RK's portrayal of Sanjay Dutt is applause-worthy as we can't distinguish between the two in the trailer. The visuals, direction and execution, especially of the hard-hitting jail sequence in the trailer, is also commendable. A few scenes that stand out are one where we see RK banging his head on the wall of the jail and one where he puts the toilet seat around Sonam's neck as a mangalsutra, while being high. While one is hardhitting, the other is hilarious. Check out the Sanju trailer to see what we are talking about. (ALSO READ - Exclusive! Sanjay Dutt's journey, Ranbir's intense performance, Sonam - Anushka's characters - 5 things you can't miss in the Sanju trailer) Also Read - Ranbir Kapoor says it was a love at first sight for him; don’t miss Alia Bhatt's CUTEST reaction [Watch Video]

Watch the Sanju trailer right here and share with us your thoughts about it in the comments section below!

We even catch a glimpse of Sonam Kapoor, Anushka Sharma, Vicky Kaushal, Paresh Rawal, Manisha Koirala and Dia Mirza's characters in the Sanju trailer. The background score is also interesting and we loved the overall experience that we got through the trailer. RK's class act and Dutt's emotional journey are the high points and it will surely make an impact. Anyway, with the film set to release to release on June 29, stay tuned to BollywoodLife as we get you all the dope and updates about Sanju right here. Also Read - Ranbir Kapoor massively trolled for fat shaming pregnant wife Alia Bhatt; netizens say, 'Such an insensitive person he is'