Sara Ali Khan's reel post in which she is seen dancing with her hairstylist is going viral on the gram right now. And some of the netizens have brutally trolled Sara and also mentioned Shubman Gill, an Indian cricketer. 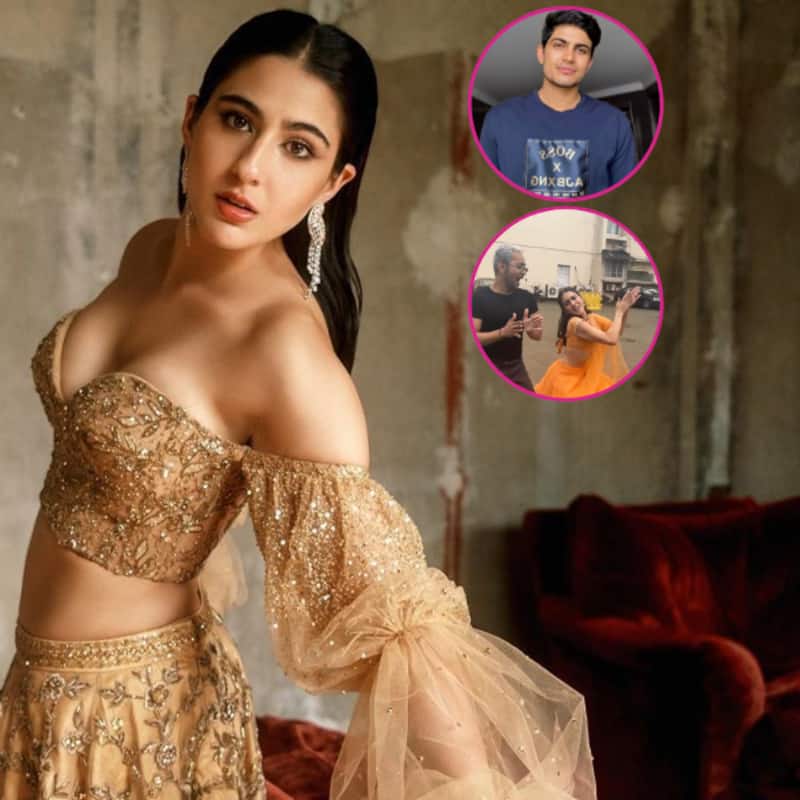 Sara Ali Khan is lately being linked with Indian cricketer Shubman Gill. It happened after the pictures of Sara and Shubman on a dinner date went viral online. It sparked memes as Shubman had previously been linked to Sara Tendulkar. And now, in Sara Ali Khan's post, Shubman Gill has been mentioned again. It so happened that Sara shared a reel video on her Instagram handle in which she is seen flaunting her usual quirky side to her darshaks (audience). Sara Ali Khan also got trolled for the same. Also Read - Sara Ali Khan, Ananya Panday, Khushi Kapoor and other Bollywood actresses who turned up the heat today in hotter-than-hot yoga outfits [View Pics]

Taking to her Instagram handle, the Atrangi Re actress Sara Ali Khan shared a reel video sharing what she's like before and after having a cup of coffee. At first, that is before coffee, Sara showcases her shy and coy side, during which she grooves to the old classic song Baahon Mein Chale Aao. Later, showcasing her real avatar after having coffee, Sara shares her 'oh Boy!!' avatar during which she grooves on the Tinku Jiya song. Sara's energy in the video in the latter half is too good. Check it out here: Also Read - Taimur Ali Khan, Nysa Devgn, Janhvi Kapoor and more star kids who got trolled for bizarre reasons

While Sara is just trying to entertain the masses with a fun reel, netizens got trolling. Some didn't like Sara's idea of putting up a post like that and called her cheap. Some asked her to act better in films. And some of the netizens also mentioned Shubman Gill, the young and handsome cricketer who's been linked with Sara for a while now. 'Shubman bhai dekh rahe ho', one of the comments said. Another one wrote that Sara must have shared the video for Shubman. Also Read - Ananya Panday dating two men, Ira Khan gets engaged and more: Star kids who are in the news all thanks to their interesting love lives

Meanwhile, a couple of days ago Shubman Gill celebrated his birthday and his friend Khushpreet had penned a birthday note that hinted at him dating Sara.