The aspiring actress was reading the book Predictably Irrational by Dan Ariely.

Bollywood is eagerly looking forward to Sara Ali Khan's debut. She has just wrapped up first shooting schedule for Kedarnath, which is being directed by Abhishek Kapoor. She stars opposite Sushant Singh Rajput in this romantic film based on the backdrop of the Kedarnath disaster of 2013. Despite the fact that there is time for her first film to release, she has already garnered a huge fan following. Well, all of you fans, here is a treat for you. We have for you the latest pictures of the petite diva as she was spotted in the city. Also Read - Akshay Kumar, Dhanush, Sara Ali Khan's Atrangi Re opts for a direct to OTT release despite cinemas reopening? Fans already dub it a DUD!

Sara was clicked by the paparazzi as she was traveling in her car. She was making the best use of her time by reading a book. You know how Mumbai traffic can be, right? In case you don't, you should know that at times it moves at the speed of a snail. The aspiring actress was reading the book Predictably Irrational by Dan Ariely. We wonder what makes her pick this as her read. The books aims at challenging the reader's ability to make decisions based on rationality. We learn another fact about Sara that she doesn't suffer from motion sickness because many won't be able to read a book in a moving car. Check out the pics here: Also Read - Not desi girl Priyanka Chopra but Sara Ali Khan at the Global Citizen event wins fans over for THIS reason 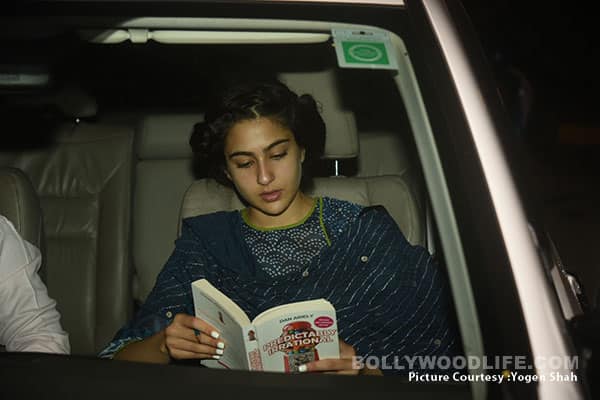 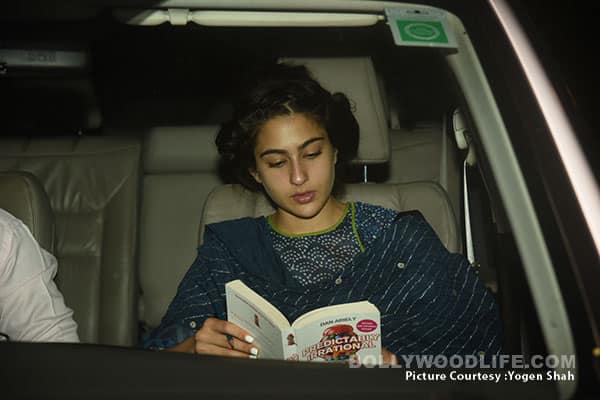 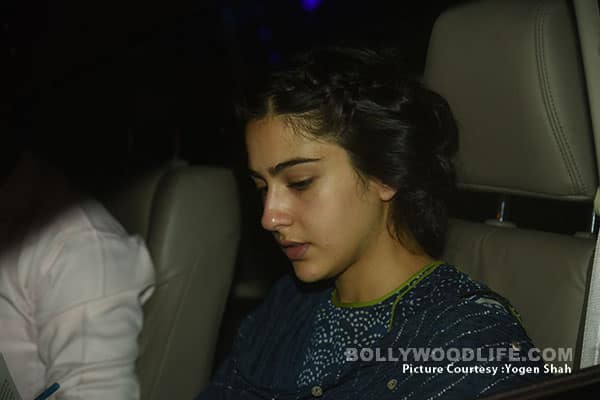 Also, as per the latest reports, Sara has many offers on her table from many production houses, but she and her mother Amrita Singh want to see how her debut Kedarnath turns out to be before taking their next step. Well, seems like they are planning every move with utmost caution. A lil contrary to the book she is reading, right?

The 24-year old actress will essay the role of a priest’s daughter, who falls in a love with a Pithoo. A member of the unit of the film quoted, “It is wonderful to see how Sara is pulling off this role. She is a happy-go-lucky girl, who speaks in Hindi and English. She is loud, talkative and chirpy; someone who doesn’t let anyone get a word in when she’s talking. This is exactly how Basanti was.”