Sarbjit New Poster: Randeep Hooda, Aishwarya Rai Bachchan take you back in time with this biopic!

Aishwarya Rai Bachchan and Randeep Hooda have given it their all to bring alive on-screen the true story of Sarbjit Singh and his sister Dalbir Kaur. Check out their new poster here. 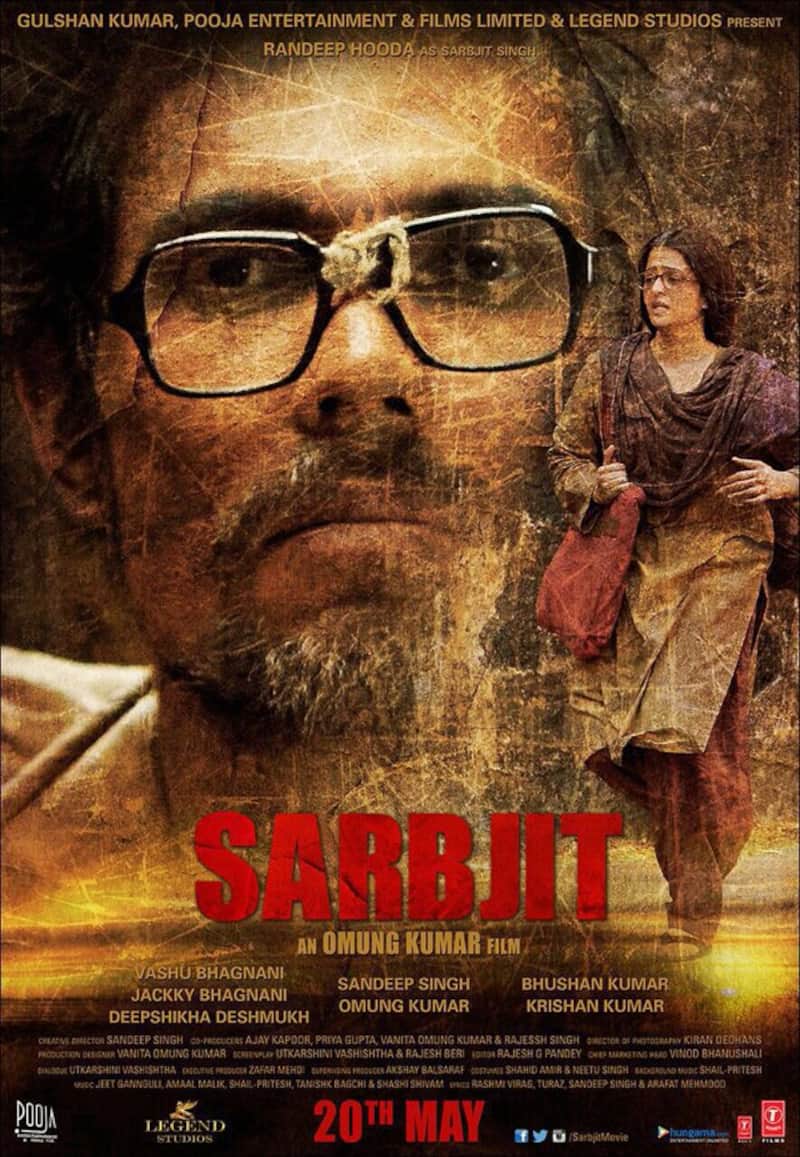 We cannot wait to see them pack a punch on-screen!

Aishwarya Rai Bachchan and Randeep Hooda’s much awaited film has released a new poster that sees Randeep’s close up shot wearing a broken pair of spectacles and sporting a salt and pepper look. To essay the character realistically, the actor lost oodles of weight for his role.He took his fans by surprise when he shared a pic from the sets, which many claimed was photoshopped. Aishwarya on the other hand looks at ease with her Indian attire and long plaited hair. However her pained expression gives away the seriousness this film will bring forth while narrating the real-life incident. Also Read - Deepika Padukone, Kareena Kapoor Khan and more: WhatsApp chats of top Bollywood stars got leaked and stirred up a storm

As reported earlier, the actress had gone in for a de-glam look to essay the character of Dalbir Kaur, who worked towards her brother’s release till 1991. Mary Kom actor Darshan Kumaar will also play an integral part in this flick. He has been roped in for the character of Khalid Pervaiz, a Pakistani lawyer who fights Sarbjit's case. Also Read - Aishwarya Rai Bachchan-Sachin Tendulkar to Tiger Shroff-Prateik Babbar: UNKNOWN friendships in Bollywood you never heard of

The film is based on Sarabjit Singh, an Indian farmer who was convicted of terrorism and spying in Pakistan and was sentenced to death. He was attacked by inmates at a prison in Lahore in April 2013 and died a few days later.