The film is told through Aishwarya Rai's eyes, as she struggles to get her brother out of the jail and out of that country. 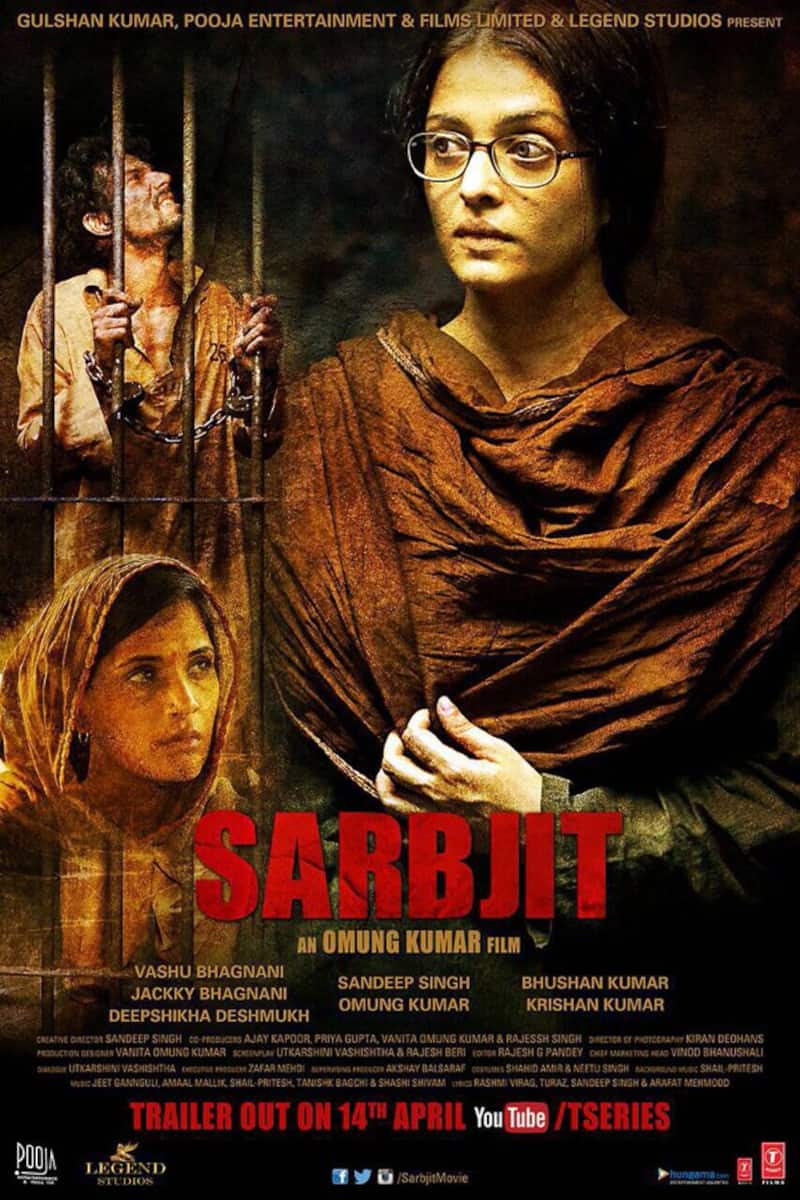 The film is directed by Omung Kumar.

It looks like the makers of Sarbjit have finally noted the complaints people are having about the first poster of the film, and have made the right amends. Also Read - Trending OTT News Today: The Gone Game season 2 trailer, Richa Chadha trains in Kathak for Heeramandi and more

If you are not sure what I am talking about, let me give you a brief insight - Sarbjit Singh, a Sikh who was illegally incarcerated a Pakistani jail and was later killed there, is played by Randeep Hooda. The film is named after him. However the first look of the film had Aishwarya Rai Bachchan, who plays Sarbjit's sister Dalbir in the film, in the forefront and Randeep Hooda languishing somewhere in the corner. Also Read - Ranbir Kapoor's Shamshera, Shah Rukh Khan's Pathaan, Aishwarya Rai Bachchan's Ponniyin Selvan and more; WHOPPING budget of these upcoming films will leave you shocked

We can understand the intentions of the makers - The film is told through Aishwarya Rai's eyes, as she struggles to get her brother out of the jail and out of that country. However, many felt that the poster gave more prominence to her because she is the bigger star (you can't blame them, Bollywood, can you ?). Since then, the makers have been releasing new posters almost on a daily basis, that gives equal prominence to both the stars. Also Read - Ponniyin Selvan teaser postponed; last minute change in launch venue? Here's why Mani Ratnam, Vikram, Aishwarya Rai Bachchan's film is facing delays

The latest poster of the film also marks the debut of Richa Chadha as well. Richa plays Sarbjit's wife in the film. The poster has the same colour palette as the previous ones, though yet again Aishwarya's character is given slightly better prominence.

What do you think of the new poster?