The album of Sardaar Gabbar Singh is decent but was bit of a let down frankly. Find out why!... 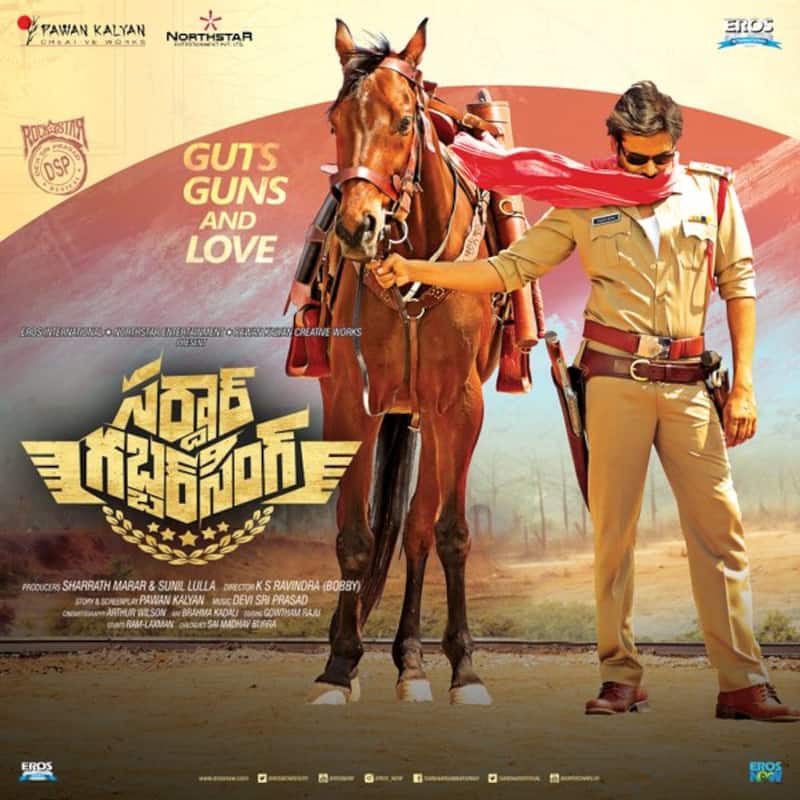 The album was launched at a grand function

So the much anticipated music of Pawan Kalyan's Sardaar Gabbar Singh is here. It was launched on a grand scale over the weekend at Novotel in High Tech City in Hyderabad. Megastar Chiranjeevi garu also graced the occasion to support his brother. Composed by Devi Sri Prasad, the album had high expectations, and the composer is in great form after the super successful album of Nannaku Prematho. So let us take a look at what Sardaar Gabbar Singh is all about... Also Read - Shah Rukh Khan in Laal Singh Chaddha, Ram Charan in Kabhi Eid Kabhi Diwali and more: List of INTERESTING and EXCITING cameos in upcoming Bollywood films

The opening and high octane song of the film, titled Sardaar, will get you pumped up with confidence. The song is very heavy rock themed with high tuned guitars and liberal use of drums. Also, the energetic chorus of Gabbar Singh makes the song really promising. But after a good start, monotonous lyrics and a very similar tune to Gabbar Singh's title song acts as a turn off. In the end, it is a noisy and not a very memorable title song, however, the fans feel that the Hindi version of the song is actually better than the original. Also Read - Tiger 3: Salman Khan gets age-shamed for sharing a shirtless picture; netizens call him 'budha'

After a power packed opening song, the next one is a nice and slow duet. It is called O Pilla Shubhanalla and is not a very memorable song. Sung by Vijay Prakash and Shreya Ghoshal, this song is perfect in terms of singing, of course that is expected with seasoned singers. What really stands out about the song is the intermittent use of Ravanahatha, a stringed Rajasthani folk instrument. Overall, it is a good song, but the beat is not something that will stick in your mind. This duet song will surely become a hit among PK fans though.

This is the peppy item song that everyone was wondering about. A nice guitar tune sets the mood perfectly. The tune will remind you a little of the tune of old Hindi song Aapka Ka Kya Hoga Janabe Ali. It has a very playful vibe and singer Nakash Aziz's heavyset voice is full of energy. What makes the song even better is the Qawwali like quality to it with the use of harmonium and clapping. Of course, this number features Raai Laxmi, so what else is required? Personally my favourite from the entire album.

Devi Sri Prasad really experiments with this number. It is fast, full of energy and is brutal and savage in a way. The song opens with a sound of a war horn, followed by loud chanting in Sanskrit. The song gives a vibe that it is meant to show the angry and rage filled avatar of the hero. Indeed the chorus of Aadevadanna Eedevadanna will give you goosebumps as it is delivered with such power and energy. This savage songs then gets even faster and wilder towards the end. It will certainly make a perfect fight song in the movie.

Another duet song in this action film, it is a lot more romantic than O Pilla. The track begins with a soft beat, which is soon followed by Sagar's melodious voice. He is well supported by Chinmayee, who croons in a sweet voice. The song is filled with romance and passion, in a very traditional sense. Usually, love songs tend to be a little naughty, however this song has a very dignified feel to it which makes it very pleasant to hear. Overall, this is the song to dedicate for your better half.

It looks like this song was frankly inserted just as a filler. Honestly, it is very similar in tonality to most of the songs in this album. It has a funky, peppy feel to it, but it is loud at the same time. Called Khakhee Chokka, it is like a Telugu item song from any random Tollywood movie. However, the catchy lyrics combined with the dynamic energy make it an interesting, though average song.

To conclude, Sardaar Gabbar Singh is just an okay album. Each song is alright and can be enjoyed for a while, but when you look at the album as a whole, you can't help but feel that it is rather monotonous. With the exception of Tauba Tauba and Sardaar to some extent, no other song is memorable. And Sardaar can't be considered a big hit because the riff is the same as Dekho Dekho, the title track of Gabbar Singh. After, delivering an awe inspiring album with Nannaku Prematho, it looks like Devi Sri Prasad has dropped his game again.

You can listen to the album right here: