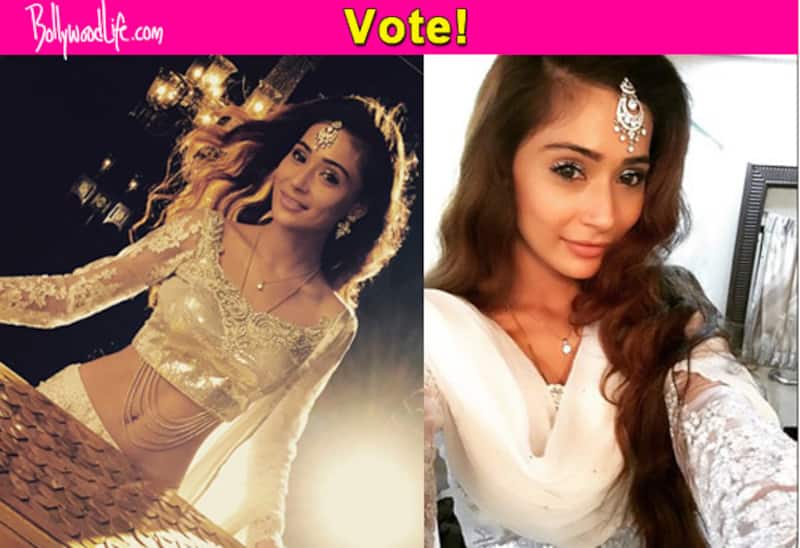 Ever since Sara Khan replaced Avika Gor, fans have been complaining that they’ve lost interest in the show without Avika Gor. When the actress came back on the show, people were thrilled with the development, but not entirely. Also Read - Anita Hassanandani to Avika Gor: TV actresses weight loss secrets will help you lead a fit life too

It seems, Viewers wanted to see Avika Gor back as Roli, not Sara Khan. We had told you long ago that Sara Khan is actually a shapeshifting snake. Looks like the truth will finally come out during the Maha Shivratri celebrations. Sara Khan will reveal her new look in front of the entire Bhardwaj family – she will be donning a semi indo western golden lehenga. Also Read - Shoaib Ibrahim's sister Saba Ibrahim glows in her haldi, Dipika Kakar looks sassy at her sister-in-law's wedding function [View Photos]

The actress recently posted pictures of her new look on Instagram and said, “Awesome shoot Awesome promo with awesome ppl.” When queried about her new look, Sara told a popular website , “It always feels awesome to try a different look every time. This is an Indo-western look which is a new kind of look donned for the audience, who will see it on television. It's an elegant golden Lehenga and I hope people like it as when you try something new there are comments pouring in so I just hope it turns out to be good.” Also Read - Ghum Hai Kisikey Pyaar Meiin, Imlie and other shows whose makers have faced MAJOR criticism online [View Pics]

So what are you waiting for? Write and tell us what you think of Sara Khan’s new look in Sasural Simar Ka.