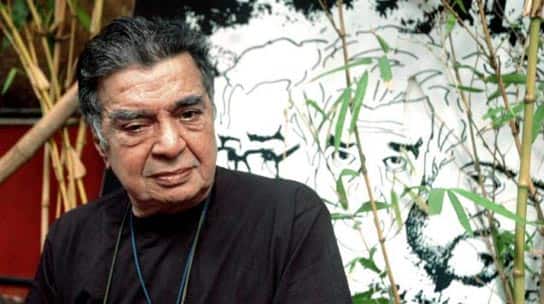 He was controversial, candid and had a healthy disregard for anything colonial in theatre. The death of Satyadev Dubey has sadly brought the curtains down on an era of fierce Indianness on stage

Mumbai-based director, actor, playwright, screen writer and filmmaker Satyadev Dubey was best known for his play Andha Yug - a comment on the futility of war - by Dharamvir Bharti, which he staged in 1962. It is said that Dubey, who was born in Bilaspur in present day Chhattisgarh in 1936, had moved to Mumbai to become a cricketer. But he ended up in theatre. Director Bhanu Bharti, who produced Andha Yug, told IANS: "He was a remarkable man because he had carved a space for himself on the Marathi stage despite not being a Maharashtrian. He singlehandedly started a new theatre movement." Critics say that Dubey courted controversy with his criticism of English theatre in India in the 1960s and '70s, saying it was a colonial legacy and only the elite took part in it. However, he later switched to English theatre himself when he felt that the medium had freed itself from the baggage of British and American influence and English had developed and Indian idiom on stage. Also Read - Film and theatre veteran Satyadev Dubey passes away

Dubey also dabbled in films. He won the 1978 National Film Award for Best Screenplay for Shyam Benegal's Bhumika and the 1980 Filmfare Best Dialogue Award for Junoon. In 2011, he was honoured with the Padma Bhushan. Dubey made two short films, Aparichay ke Vindachal and Tongue in Cheek - and directed a Marathi feature film, Shantata! Court Chalu Aahe in 1971 based on Vijay Tendulkar's play.

The man with the unruly hair was a regular at Prithvi Theatre. According to actor Sonali Kulkarni, "My greatest inspiration in theatre was Satyadev Dubey. I started working with him in the early 1990s and it had been a learning experience every single day.... Dubeyji has taught me that the scale for beauty is not merely how 'fair' your complexion was, or the 'tone' of your voice... they were elements that you were born with and something you have to live with for life... the only thing as an actor one could do, was to improve one's acting skills. This has been a very profound lesson for me." She recalled that the "wonderful thing about meeting Dubeyji is that he rarely spends time on 'gossip' or chit-chat... he gets directly to the point and tells me what he liked (or disliked) about my last performance".

The 75-year-old fiesty theatre personality was hospitalised in September after a massive epilepsy attack that damaged his brain. Dubey died Sunday. In his death, Indian theatre has lost one of its greatest faces.