Considering that they are so cute, we decided to make a list featuring the most famous tots

They are learning about the paparazzi before they can properly utter, 'papa,' pouting better than their mothers, and have the world wrapped around their tiny fingers. The Bollywood star kid brigade has taken over the internet and everyday there's a cutie posing and preening for the camera, ensuring the attention shifts from their famous parents to them. What's more...such is their charm that some of them even have more fan clubs and fans than their parents. While it will be a while before they are all set to serenade the silver screen, they are already keeping the media busy with their shenanigans. Right from strutting their stuff in designer wear to waving out to the shutterbugs - celebrity kids are a delight and it is a given that the world can't have enough of them. (Also read: Taimur Ali Khan, Misha Kapoor, AbRam Khan: Bollywood star kids who resemble their parents)
Also Read - Two days after Aamir Khan-Kiran Rao announced their divorce, Imran Khan's estranged wife Avantika Malik drops a cryptic post

Considering that they are so cute, we decided to make a list featuring the most famous tots. With it being the back-to-school season, ID cards were the best way to keep track of their most viral pictures along with a bio. Agreed they need no introduction but a comprehensive list won't do any harm now, would it? In no particular order, here's a list of the tiny tots who might someday take Bollywood by a storm. Take a look... Also Read - Aamir Khan-Kiran Rao divorce: 'We are still a family, pray for our happiness', says the superstar in his message for fans – watch video 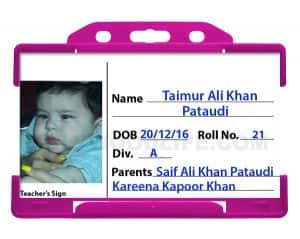 Also Read - Aamir Khan-Kiran Rao divorce: Throwback to their PDA moments that made us feel all mushy — view pics

Born to superstar parents, Saif Ali Khan Pataudi and Kareena Kapoor Khan, Taimur Ali Khan has the best of all worlds. He has got the gene pool that's the envy of many. That cute cherubic face is one of the cutest ones that we have seen this side of the Pacific. Kareena has often gushed about Taimur in her interviews and Saif, too, recently admitted how the little one keeps everyone busy in the house. Well, with such cuteness, it is no wonder that he does! 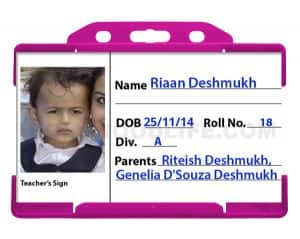 Riteish and Genelia Deshmukh are one of our most favourite celeb couples. Everything - right from their cute love story to their PDA posts on social media - gives us relationship goals. And when they welcomed their first baby boy, Riaan, it was all we could do from fawning over them all over again. Riaan, who is now an elder brother, seems to have taken his responsibilities quite seriously and from their parents' posts we know that he is doing a good job at it. 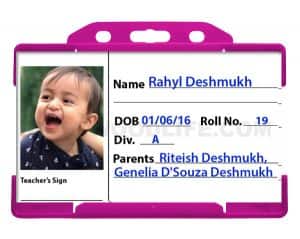 Riteish and Genelia Deshmukh's little one, Rahyl, is obviously the apple of his parents eyes. As with Riaan, the proud parents, post quite a few pictures of his little brother on social media. Photoshoots or random clicks, the Deshmukh tots sure do keep us entertained with their antics, especially since their parents often use such amusing captions to go with the pictures. 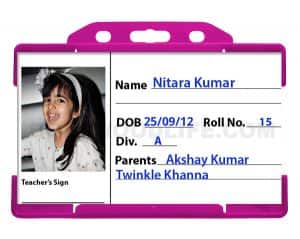 While we barely got to see glimpses of Aarav for a very long time, star parents, Akshay Kumar and Twinkle Khanna were more forthcoming about posting pictures of their darling girl, Nitara. However, for a very long time, all we got to see of the little one, were back shots or pictures that smartly obscured her face. But, with time, the couple were comfortable enough to share her cuteness with the world and now Nitara often poses for the paps! 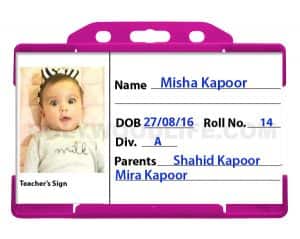 Her name is an amalgamation of her parents' name. And little Misha Kapoor seems to take after her parents, Shahid and Mira Kapoor, too. After not posting her pictures for quite sometime, when Shahid finally shared a picture of the little bundle, it quite literally broke the internet. The cutie sure seems to love the camera already and is often seen staring at the lens when clicked. She has also featured in a few videos. Such a star! 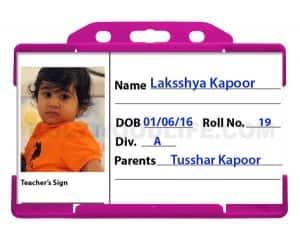 This little one was hidden away from the world for a whole year before making a grand appearance on his first birthday. Papa Tusshar Kapoor was obviously very particular about how Laksshya would first be introduced to the world and he couldn't have had a better idea than doing it on his birthday. However, we had caught a glimpse of the baby boy on grandpa, Jeetendra's Whatsapp DP. Who would be able to resist posting a picture of the cutiepie. 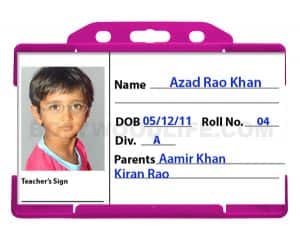 Born to Aamir Khan and Kiran Rao, Azad Rao Khan stole hearts first when he appeared on the ground during a football match arranged by his half-sister. Everything about him - be it his pixie haircut or the cute innocent face - had the paps clicking away. And while he is very selective about his public appearances (which his parents might have more of a say in), when he does venture out, he makes it worthwhile. 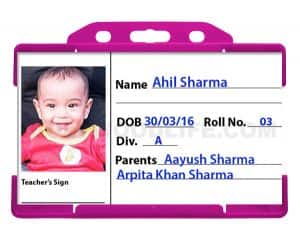 Mamu Salman Khan's favourite tot, Ahil Sharma, is literally the apple of everyone's eye in the Khan-daan. The little one has been a social media star ever since he was born and his family members just can't stop gushing about him. He often accompanies parents, Arpita Khan and Ayush Sharma, to events and serenades the cameras with his antics. The little one also flew down to Maldives to bring in his first birthday. Such a dude, we tell you! 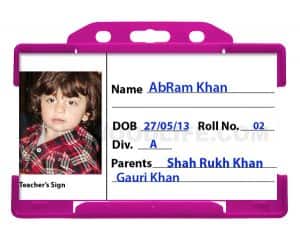 Now for the one, with whom it all began. The frenzy around star kids heightened after AbRam, in all his cherubic glory, started breaking the internet each time he was spotted around town. Be it shopping sprees with daddy dearest or catching the IPL match live, cheering for his team - the tiny tot literally lives it up. He also had a photoshoot on his second birthday and the world couldn't get enough of him. Well, can you blame us? He is a replica of you-know-who! 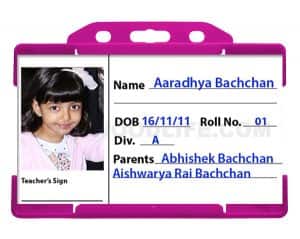 And now for Miss Congeniality herself - Aaradhya Bachchan. While parents Abhishek Bachchan and Aishwarya Rai Bachchan kept her away from the cameras for sometime, it was obvious she wouldn't be able to avoid them given the star status of her parents and grandparents. Right from accompanying her mom on her Cannes sojourn to waving out to her grandpa's friends, the little darling has done it all. While at first she appeared a little conscious of the camera, on her recent outing, she posed and preened for the lenses. Such a delight this baby girl is!

Aren't they all adorable! Now we can't wait for them to start with school so that we get to see their pics in the uniform. While some of them are already school-goers, we are yet to get any pictures of them in the colours of the academies they attend. Let's hope the stars soon share some glimpses...

Anyway, which ID card did you think was the cutest? Let us know in the comment section below...