Shaakuntalam: Samantha Ruth Prabhu's pan-India film gets a release date; to clash with Katrina Kaif at the box office and another Bollywood biggie

Samantha Ruth Prabhu starrer Shaakuntalam is a pan-India film, and the movie will be clashing with two Bollywood biggies at the box office. Read on to know more... 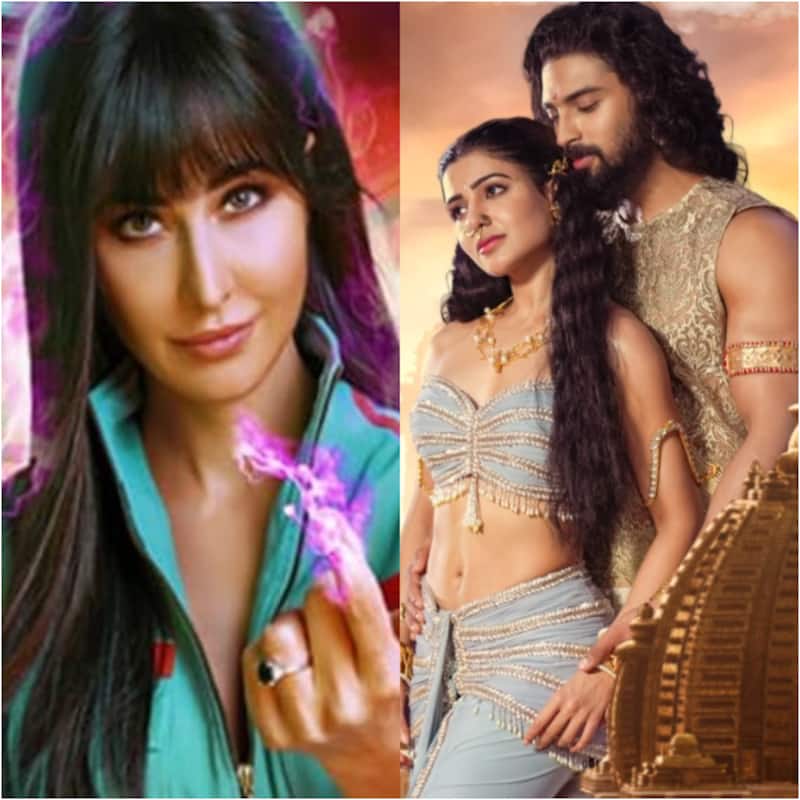 Samantha Ruth Prabhu has become a famous name pan-India because of her dance number Oo Antava in Pushpa: The Rise, and her fantastic performance in The Family Man season 2. The actress has some interesting films lined up like Yashoda, Shaakuntalam, and Kushi. Yashoda and Shaakuntalam will be pan-India releases and today, the makers of the latter have announced the film’s release date. Shaakuntalam is all set to release on 4th November 2022. It will be released in Telugu, Hindi, Tamil, Malayalam, and Kannada. Also Read - The Immortal Ashwatthama: Vicky Kaushal and Samantha Ruth Prabhu's film back on track after the actor manifested it on KWK7 couch

Check out the release date announcement video of Shaakuntalam below…

While in Telugu Shaakuntalam doesn’t have any major competition, but in Hindi, the film will be clashing with Katrina Kaif starrer Phone Bhoot and Arjun Kapoor starrer Kuttey. In the Hindi film industry Katrina is clearly a bigger name, but we cannot ignore that in Ormax’s most popular female star list, Samantha Ruth Prabhu is at the top and Kat is at 8th position. So, it will be interesting to see whether Samantha will be able to beat Katrina and Arjun at the box office or not. Also Read - Top South Indian actors and their alleged extra-marital affairs that rocked the industry

Talking about Shaakuntalam, the movie also stars Dev Mohan and Allu Arjun’s daughter Allu Arha. The movie is directed by Gunasekhar and it is based on the popular play Shakuntala by Kalidasa. Also Read - Deepika Padukone, Samantha Ruth Prabhu and more celebrities who left fans worried with their health issues

Samantha is all set to end 2022 with a bang. While Shaakuntalam releases on 4th November 2022, Kushi is slated to hit the big screens on Christmas 2022. The release date of Yashoda is not yet announced, and if it releases this year, we can expect three films of Samantha in the last three months of the year. A few days ago, the teaser of Yashoda was released, and it received a good response.