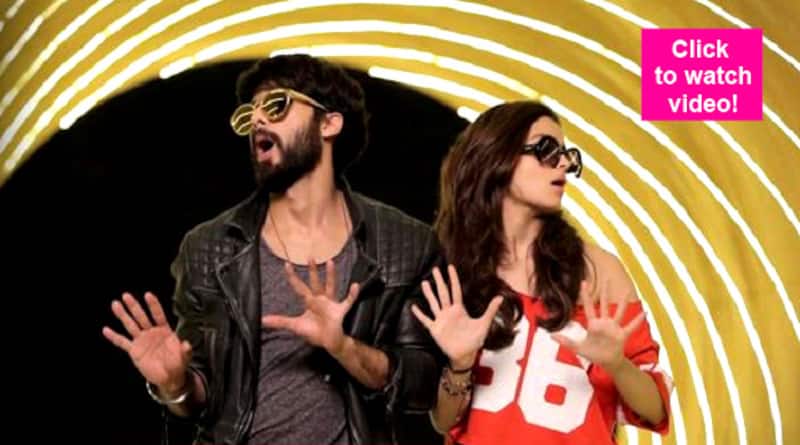 It's just two days to go before the big release of Shahid Kapoor and Alia Bhatt's Shaandaar. And the buzz around the film is extremely strong thanks to aggressive promotions, Shahid-Alia pairing and of course, Amit Trivedi's music. Also Read - Angad Bedi has a beautiful advice for newlyweds Vicky Kaushal-Katrina Kaif, Alia Bhatt-Ranbir Kapoor [Exclusive]

Directed by Vikas Bahl of Queen fame, Shaandaar boasts some groovy tracks composed by Amit Trivedi. After revealing all the songs of the film one by one through promotional events, the second version of Raita Phail Gaya song from Shaandaar is out. I took a sneak peek into the song and this is what I thought of it: Also Read - Brahmastra: Alia Bhatt reveals THE ONE thing she loves about her husband Ranbir Kapoor

The second version of the song is more or less similar to the first one. While the audio of the song is same, the visuals are slightly different. In version 2.0 of Raita Phail Gaya, the other characters like Pankaj Kapoor, Sanah Kapoor and Sanjay Kapoor are missing. Instead the focus is on the the crazy energy of the lead pair, who's funky dance moves will put a smile on your face. From flying planes in dreamland to popping out of a champagne bottle to skating over ice cubes, Shahid and Alia engage in random madness and it is infectious as hell. Both the actors seem to have had a blast shooting for this awesome number. Also Read - Samantha Ruth Prabhu defeated by Alia Bhatt, Shraddha Kapoor and more actresses on Most Followed on Instagram list; THIS Bollywood diva leads

Watch the song below: