Sonam Kapoor's wedding reception turned out exactly the way we thought it would be - starry, glamorous and fun. We are still reeling under its effect. Anybody would have loved to be a part of the festivities. While Sonam and Anand Ahuja looked very much in love as they posed for the cameras, other guests gave us major FOMO. You don't always get to see an assembly of stars under one roof. For us, it was thus a night to remember. But there were a few standout moments at this gathering which will be talked about a lot in the coming days. We have compiled five such moments from the evening which made us clap hard. Here they are... Also Read - When Ananya Panday, Janhvi Kapoor, Sara Ali Khan and more young Bollywood divas left fans gasping for breath with their fiery hot bikini shots – view pics

Shah Rukh Khan and Gauri's love story is legendary. We have heard it so many times that it has found a permanent place in our memory. This evergreen couple is not big on PDA but when they decide to express their love in public, they steal our hearts. Last night, too, they both walked in together hand-in-hand. Shah Rukh didn't let go off Gauri's hands till they went inside the venue. So damn cute that is! He was even whispering something to Gauri, which made her blush. Also Read - Trending Entertainment News Today: Raj Kundra breaks down as he returns home from jail; Malaika Arora BRUTALLY trolled for walking in a weird manner

After months of speculation, Ranbir and Alia finally decided to let the world know they are dating. Of course, they didn't say it in so many words but their gestures did. If standing next to each other wasn't a dead giveaway, Alia's insta story said it all. She had only, 'Yass' for Ranbir Kapoor. Also Read - Kangana Ranaut labels Alia Bhatt's new ad replacing 'kanyadaan' to 'kanyamaan' as 'anti-Hindu propaganda' 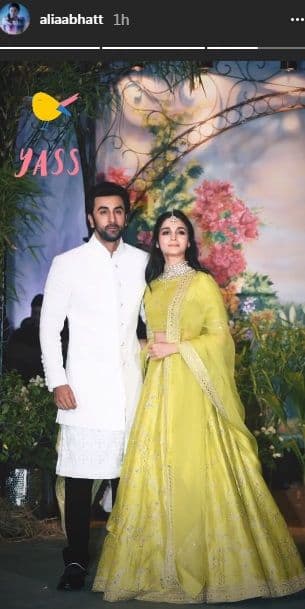 This is yet another couple who just can't stop being adorable. Aishwarya and Abhishek walked in together looking stunning. They posed for the cameras and when the media requested for Aishwarya's solo, Abhishek readily agreed. But the actress didn't want that at all. She kept on urging him to join her but her husband insisted she obliged the media with some solo shots. We love Abhishek for being such an understanding husband! Why have they stopped making men like him now? 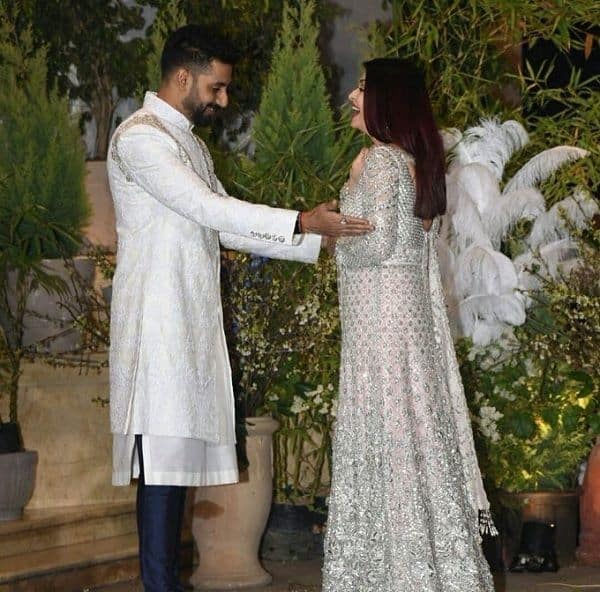 Ever since Salman and Shah Rukh Khan decided to be friends again, we have only been rewarded with their fetching friendship. These days, if they are not doing cameos in each other's film, they are busy creating a riot at people's reception. Salman and SRK sang, 'Yeh bandhan to for Anil Kapoor's wife, Sunita Kapoor, making her blush. That wasn't all. They danced all day long and even got people on the dance floor to do the same. No wonder they are always the heart of a party!

Check out @iamsrk and @BeingSalmanKhan 's brotherhood as they sing "Ye Bandhan Toh Pyaar Ka Bandhan Hai" for Sunita Kapoor at the #SonamAnandReception
Karan-Arjun in reel and real life! ?? pic.twitter.com/A50vIUdbm0

You might have heard the quote "Sometimes having a brother is even better than having a superhero", and @iamsrk and @beingsalmankhan proves it!
Witness the Karan-Arjun bromance at #SonamAnandReception as they sing "Ye Bandhan Toh" for Sunita Kapoor.
Brothers for life. ❤ pic.twitter.com/TKCcecuG22

Equations were a bit strained between Boney Kapoor's children, Arjun and Anshula, who were mostly seen staying together, while the filmmaker made appearances with Sridevi and their daughters Jahnvi and Khushi. But the way Arjun has been the pillar for his young step-sisters after the sudden demise of their mother is simply commendable. Today, they are one unit and Anushula's post says it all. Arjun even posed with his sisters at the reception giving us major sibling goals!

What a great night it was!