And the award for the most adorably charming Father-Son duo goes to Shah Rukh Khan and AbRam Khan...

The tenth edition of IPL has started and right now, Shah Rukh Khan owned Kolkata Knight Riders' first match is going on, against Gujarat Lions. And as was anticipated Shah Rukh Khan has graced the match with his presence and as was hoped by various fans, he is joined by his youngest, the oh so adorable, AbRam Khan. The two were spotted sitting in the stands, with Shah Rukh donning a KKR hat and AbRam a white polo t-shirt. But what caught our attention was the slight visibility of AbRam's new tattoo that reminded us of the one Shah Rukh Khan is seen sporting for his character in the Imtiaz Ali directorial yet untitled film. Also Read - Children's Day 2021: These adorable videos of star kids Taimur, AbRam Khan, Allu Arha are cuteness overload

And while we have seen various duo be it a couple, siblings or father-son donning similar clothes, this, in our opinion takes the cake by a mile. And it in fact steals the focus from the KKR vs GL's cracker of a match. Also Read - How are Shah Rukh Khan and Gauri Khan as parents? A family friend reveals the star couple’s parenting style [Exclusive]

Trust only Shah Rukh Khan to come up with something as unique as this. I mean, who would've thought. Though, we are not aware of the reason for AbRam to sport the tattoo, but we are sure the reason's gonna be as adorable and charming as the father-son duo are. Also read: Shah Rukh Khan and Anushka Sharma wrap the Punjab schedule of their film - view pic Also Read - Shah Rukh Khan to shift son Aryan Khan away from Mannat after Diwali? [Exclusive] 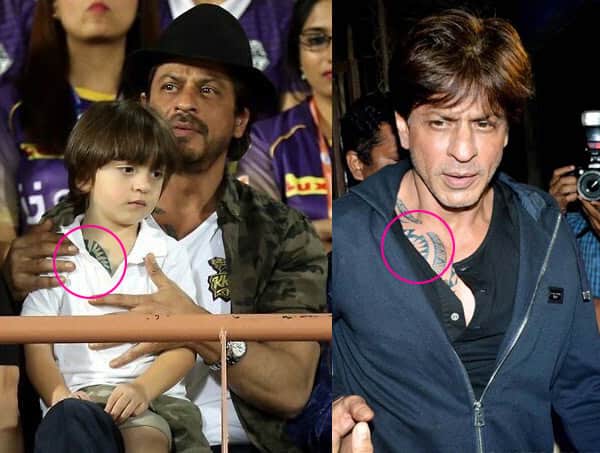 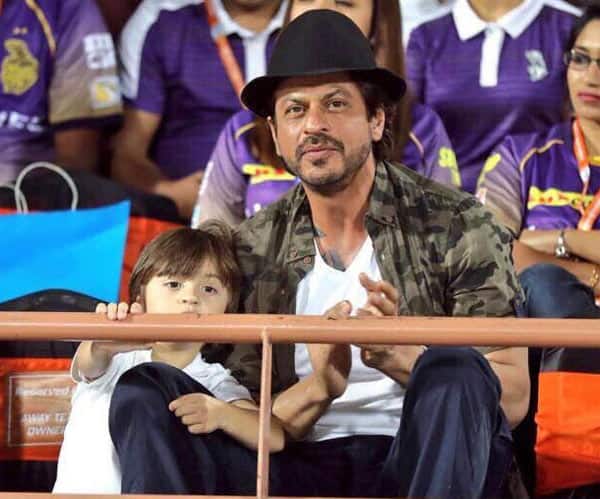 Talking about AbRam, just a few days ago Gauri, Shah Rukh's wife, took to Twitter to share a goofy image of AbRam, where his shenanigans were at display. Gauri captioned the image, “That moment when you get appreciated for being a good Mummy!” You would expect it to be a sweet message of a mother but if you take a look at the picture, you will realise there is some other connotation to the word Mummy. The snap has Gauri wrapped in tape as she bends and kisses AbRam. Check out that pic here...