Salman Khan has finally joined Shah Rukh Khan to shoot for his part in Pathan.

There's no secret that Shah Rukh Khan has been shooting for Pathan for the past couple of months now. He is constantly being spotted at YRF studios. Recently, he was seen shooting at the Gateway of India. And now Salman Khan has joined the King Khan to shoot for his part in Pathan. Also Read - Bigg Boss 13’s Shehnaaz Gill is a mixture of Katrina Kaif and Deepika Padukone in her latest pictures – here how

Salman Khan's Range Rover and Shah Rukh Khan's BMW cars were seen parked next to each other at the parking area of the YRF studios. Though the paparazzi were not allowed to enter the premises of the studios, they managed to get a glimpse of Salman and SRK's cars in their camera lenses. Also Read - Tuesday Trivia: Did you know not Shah Rukh Khan but THIS Khan was the first choice for Chak De! India? 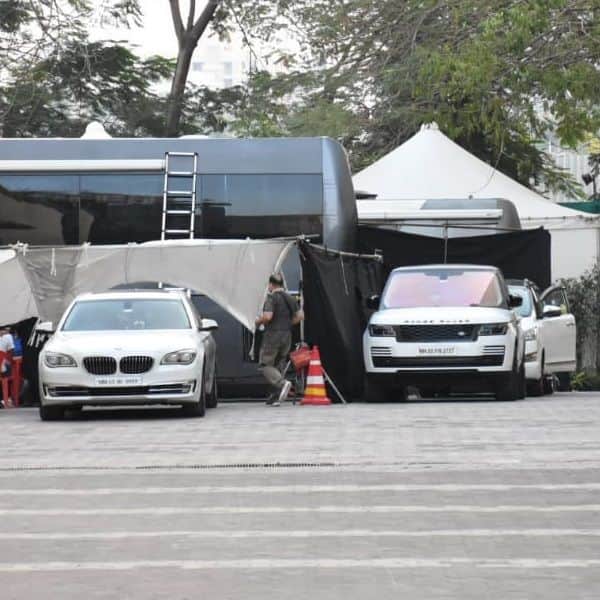 Also Read - From Pathan to Rajkumar Hirani's next: Shah Rukh Khan is set to mesmerise us with this big-ticket ventures

Pathan is being produced by Yash Raj Films (YRF) and directed by Siddharth Anand. It also stars Deepika Padukone and John Abraham in the lead. The project is being made on a large scale and the makers have kept the details under wraps. And it seems like Shah Rukh Khan and YRF are planning something big to tease their fans with a special announcement.

Revealing the reason for the delay in announcing the project, a source close to the film reveals exclusively to Bollywood Life, "Big and important film for YRF and SRK. They didn't want to go the traditional route and release a poster. They wanted to announce this earlier this year but due to Covid restrictions, the actual plan went haywire."

The team wanted to shoot action sequences to announce the film but couldn't happen earlier. "Now, with some dhamakedaar sequences shot, Shah Rukh Khan and YRF will make an announcement soon with a special video tease that will blow audiences' minds and give them the real feel of what is in store."

While the official announcement is awaited, reports suggest that Pathan is being made on a rumoured budget of Rs 250-280 crore. And it will reportedly release in 2022.