Shah Rukh Khan and team Raees promote their film in Dubai, but where is Mahira Khan - view pics

Mahira Khan is missing from the Raees promotions in Dubai too...

Shah Rukh Khan and Mahira Khan's Raees is just around the corner and looks like the team is going all out to promote their film. And after appearing on Indian TV shows like The Kapil Sharma Show and Bigg Boss 10, the Raees team continues its promotional spree in Dubai. Everyone from Shah Rukh Khan to Nawazuddin Siddiqui to the director Rahul Dholakia and the producer Ritesh Sidhwani traveled to the Gulf country to promote their film. However, we are wondering where the lead actress - Mahira Khan is? The Raees team visited quite a few places in Dubai today and while we saw 100 of pictures being shared on social media, we could not spot Mahira. Also Read - Karan Mehra's Bigg Boss 10 co-contestant Manveer Gurjar comes out in support of the actor; calls him 'caring and humble'

After the ban on Pakistani artistes in India, we knew Mahira would not be able to promote Raees in our country. However, reports indicated that the Pakistani actress would fly to Dubai with the team and promote her upcoming film. However, looks like that wasn't the case. Maybe the makers have decided to completely leave out Mahira from all the promotional activities to avoid any more controversy! Or was it something else? Well only they can answer this question! In the meanwhile, the Raees team visited the Bollywood Parks and the Arabian Center in Dubai today, where they met with the fans and the media. A lot of dance and music followed, before they all retired to their hotels. SRK also met his friend Sheikh Mansoor in the afternoon and chatted for quite a while. Check out all the pictures and videos from their promotional tour right here: Also Read - Karan Mehra's Bigg Boss 10 bestie, Gaurav Chopra REACTS to his and Nisha Rawal's controversy; says, 'They are family to me and it will not be right to take sides' 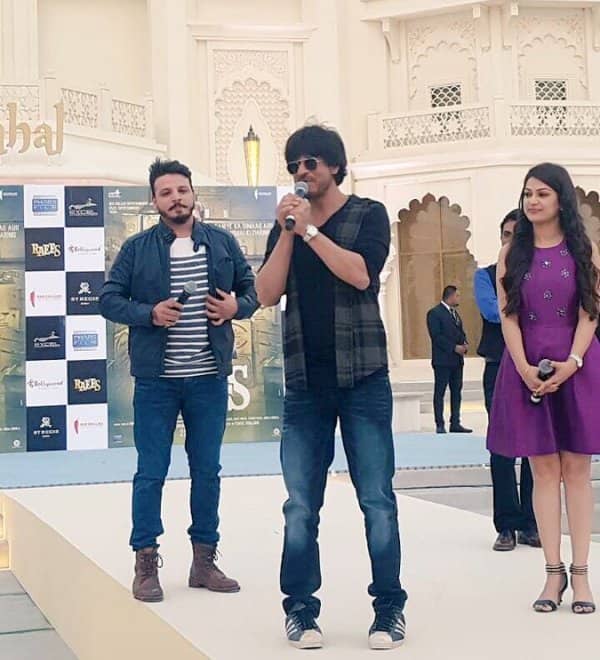 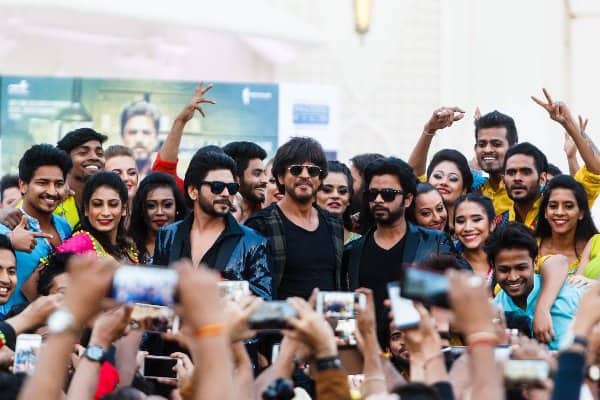 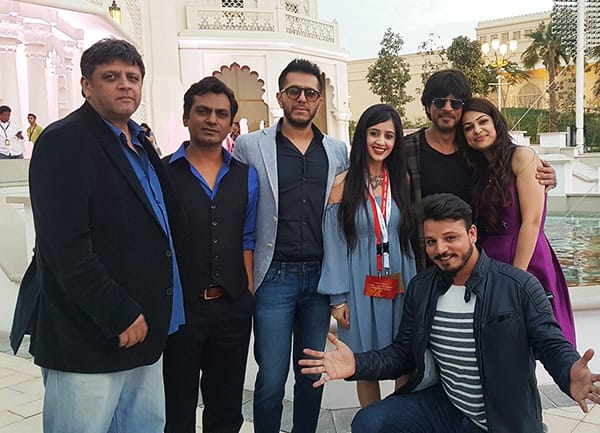 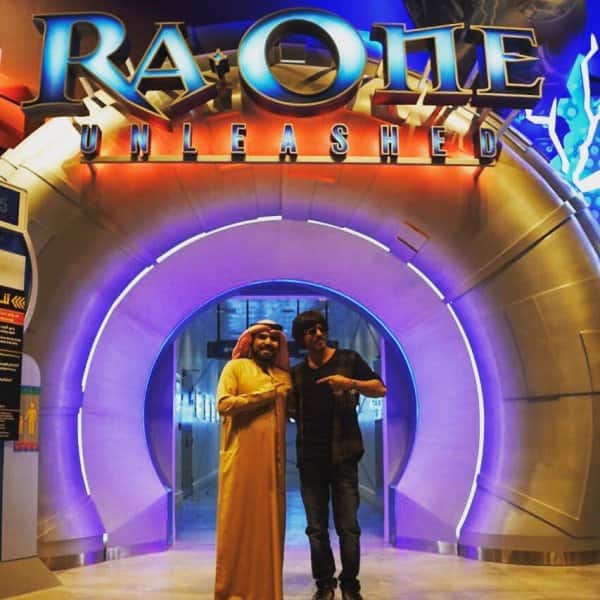 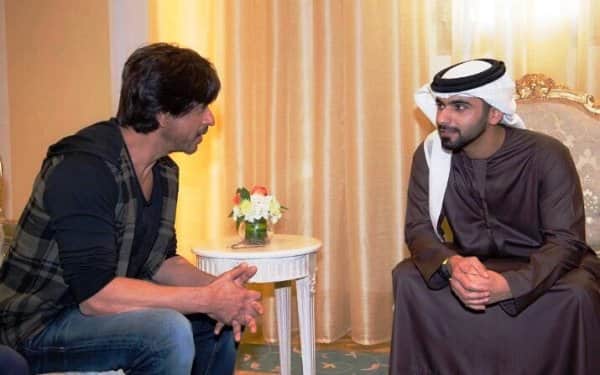 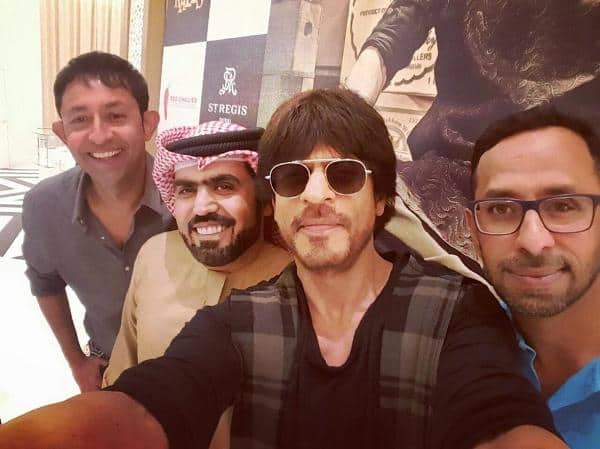 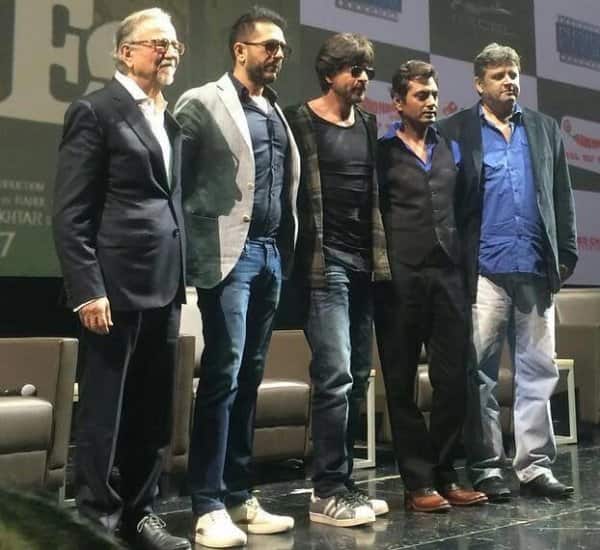 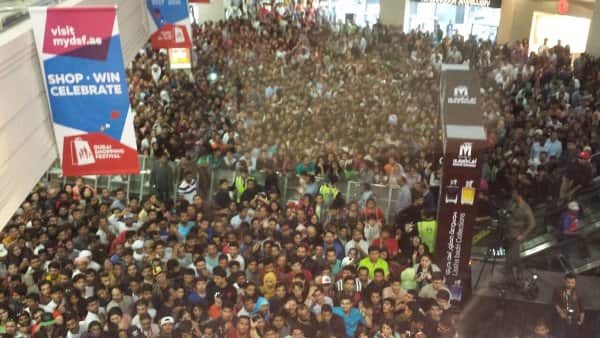 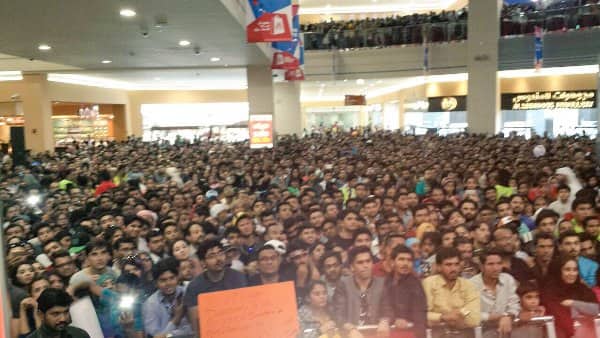 I was part of most memorable evening with @iamsrk pic.twitter.com/i6NO8W06N4

Shah Rukh Khan : "Dubai is my home and these are my guests"#GlobalSuperstar @iamsrk pic.twitter.com/OsHadlKe7b

For those of you who don't know, Raees is the story about a bootlegger (Shah Rukh Khan) whose business in Gujarat is disrupted when a tough cop (Nawazuddin) arrives to his city. A sizzling love story is also seen between Raees and Aasiya (essayed by Mahira). However, it is Shah Rukh and Nawaz's battle that everyone is excited about. Raees hits the screens on Janaury 25. ALSO READ - The Kapil Sharma Show: Shah Rukh Khan, Nawazuddin Siddiqui and Sunil Grover bring the house down with their antics