Hugh Jackman had once stated he is a fan of Shah Rukh Khan...

Hugh Jackman's last ride as the Wolverine is up for a March 3 release. He's leaving no stone unturned to make sure this turns out to be the best Wolverine/X-Men movie of all time. While everyone is eagerly awaiting the final Wolverine film, many are wondering as to who'd don the 'claws' next. Talking to Rajeev Masand, when he was asked if he would be comfortable seeing other actor playing the role that he had made legendary with his portrayal for 17 long years, Hugh replied, "I think I'll be fine with it. I hope other people play it. May be Shah Rukh Khan could play it." Yes! he said that. Exciting right? Also Read - Trending Hollywood news today: BTS' latest decision disappoints ARMY; Angelina Jolie feared for family when married to Brad Pitt and more

He further added, "The comic book series is so good because you have so many people interpreting this role. I think there are six origin stories. I'll be really interested to see how I feel about it. I want it to be really great. But I don't want it to be that much better than me. Just a little bit is fine. But if everyone is like 'oh thank god..now,' I might find that little difficult." Also Read - Hollywood news weekly rewind: BTS’ Butter achieves a milestone, Hugh Jackman undergoes skin biopsy on his nose and more

For those who don't remember, in 2011, when Hugh Jackman was in India for FICCI Frames, Shah Rukh Khan was the one who hosted him and they had even set the dance floor on fire, along with Vidya Balan.

This is how Shah Rukh Khan will look as Wolverine: 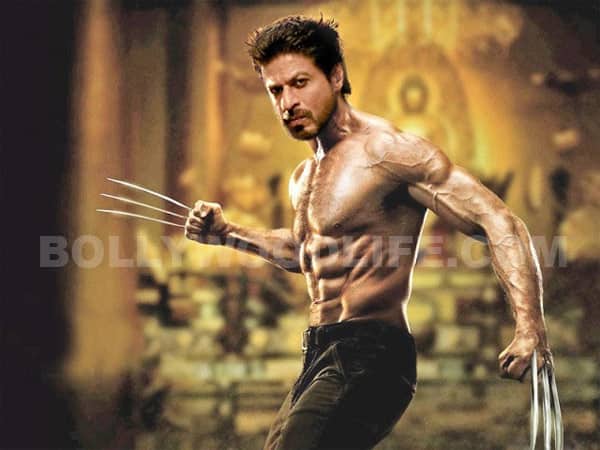 Logan is receiving rave reviews from the critics, so it is understandable that the actor perhaps wants to leave the franchise on a high. Also read: Hugh Jackman on his last ride as Wolverine: "It feels like this is the perfect way to go out."

The much awaited film will hit the silver screens on March 3, 2017 and the film being R-rated should be credited to the success of Deadpool, which was motivating enough for the makers, to go all out for the final Wolverine film. Going by the trailer, the film seems true to its source material, which is the comic book Old Man Logan.