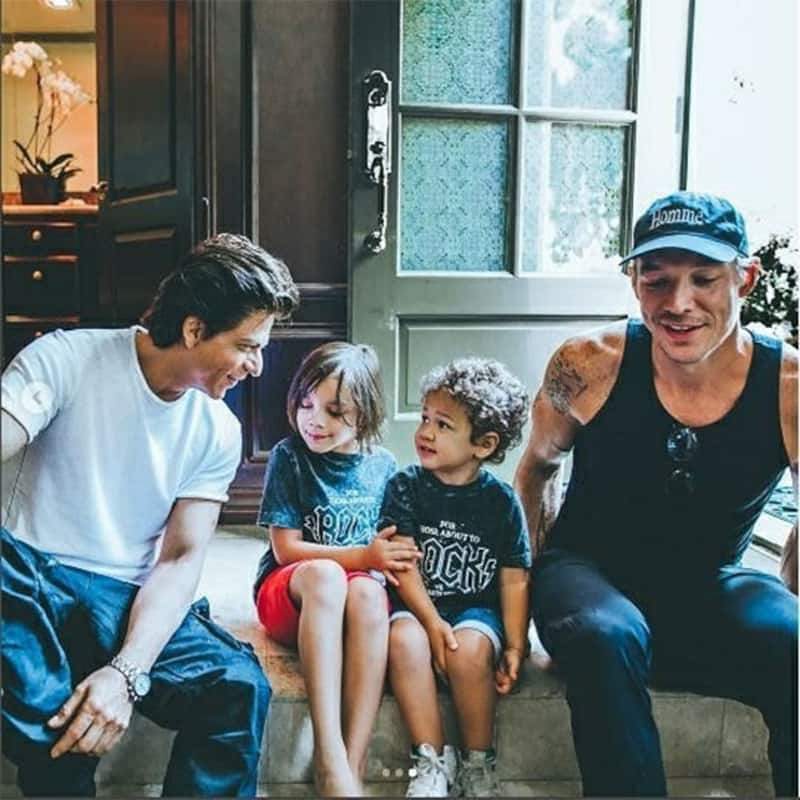 Shah Rukh Khan is a name that's synonymous with Bollywood. While Indians love him to the core as is, he also has a huge fan following on foreign shores. No wonder then that he often collaborates with renowned musicians for songs in his films. We remember how he had roped in Akon for Chammak Challo for his film, Ra.One and then, recently, when he gave us Phurr with Diplo in Jab Harry Met Sejal. And once you have worked with the man himself, how can you not be charmed by him! So, it doesn't come as a surprise that SRK is still in touch with Diplo. Also Read - Shah Rukh Khan-Nayanthara to Ranbir Kapoor-Rashmika Mandanna: Exciting pairings in upcoming new movies in 2023 that fans are waiting for

However, what's interesting is that DJ Diplo is planning to fly down to India in February next year for his stint in the VH1 Supersonic Festival and according to a Mid-Day report, Shah Rukh is going to host him and his band, Major Lazer, at his Bandra residence. Now, there's no need to mention how hospitable SRK is and it is a given that the songwriter-rapper and his band will have a gala time at the bash that will be thrown in their honour. However, what makes this party even more special is the fact that SRK's children, Aryan and Suhana, are helping their dad plan the party. Why, you ask? Well, the kids love Diplo and are huge fans of his music. So, like any teenager, they are keen on planning the party their way. So much so, that they have also decided to curate a playlist for the evening, featuring Diplo's songs. How cool is that? Aryan, who studies abroad, has also decided to fly down to India especially for the occasion. That in itself says how much excited he is. (Also read: Shah Rukh Khan visits wife Gauri Khan's design store with little AbRam in tow - View HQ Pics) Also Read - Ranveer Singh-Deepika Padukone, Shah Rukh Khan and more celebs who own the MOST expensive homes; check insane costs

The bonhomie between Shah Rukh and Diplo is so evident in the picture where the former was seen meeting the latter's kids. It hence comes as no wonder that Shah Rukh wants to introduce the musician to his family and friends here. The party will obviously take place at Mannat and we are guessing that the whole of Bollywood would be present there to mingle with Shah Rukh's guests. So, while you are planning your New Year getaway, we are only hoping February arrives sooner than later. Also Read - Inside Tiger 3 actor Salman Khan mother Salma's birthday bash: Helen, Arpita Khan, Alvira bring the house down with iconic songs of the dancing queen

How excited are you for Diplo's India visit? Tell us in the comments below...