The whole team of Dilwale had a blast and you will too when you watch the episode...

Dilwale is one of the most awaited film which expected to wrap up 2015 on a blockbuster note. With Shah Rukh Khan and Rohit Shetty back in it, the film will definitely break some records and create a few of its own. But for all that we will have to wait for December 18 to arrive which will also see it pitted against Bajirao Mastani. Naturally, the cast is busy promoting it everywhere possible, Saath Nibhana Saathiya notwithstanding. One of the regular spot on television is Comedy Nights With Kapil and recently the whole team comprising of SRK, Kajol, Varun Dhawan and Kriti Sanon were there to shoot an episode. From the look of it, everyone went crazy laughing! Also Read - Happy birthday, Kapil Sharma: 7 times when the host of The Kapil Sharma Show cleverly trolled celebrities while cracking jokes

Kriti,Varun Dhawan, Kapil Sharma and Shah Rukh Khan can be seen grooving to one of the tracks in the film. Varun seems to be having the most fun here. SRK can be seen next perhaps singing a song with dadi. Now, you know what happens when Dadi dances on a romantic song. We sympathise with you, Shah Rukh. Kapil then tries to emulate the legendary SRK step but when you have the founder of the step standing in front of you, hardly will anyone notice who's trying to copy that step. SRK then meets Kajol with a man in red...ummm! But we loved the part where SRK and Varun swap their onscreen partners and enact a romantic pose. It's cute. Also Read - Kuch Rang Pyaar Ke Aise Bhi, Qubool Hai, Mahabharat, Bigg Boss – 24 shows who hit jackpot abroad – view pics

These pictures would really make you restlessly wait for the episode now! Check out these pictures here... Also Read - Kapil Sharma's achievement hailed by the World Book of Records 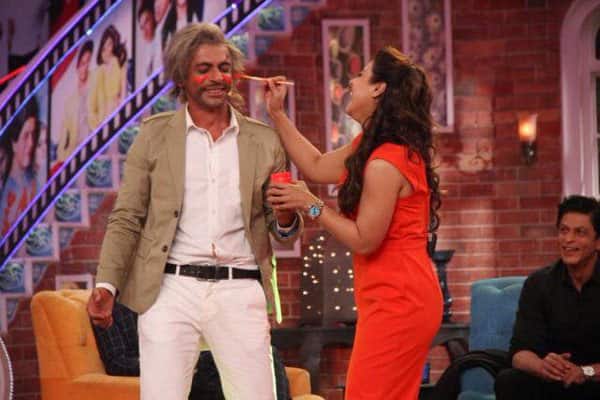 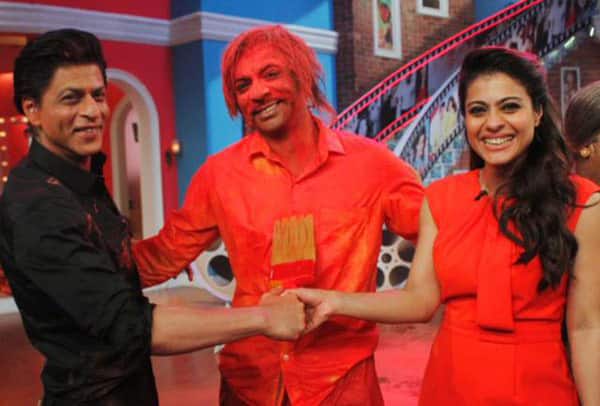 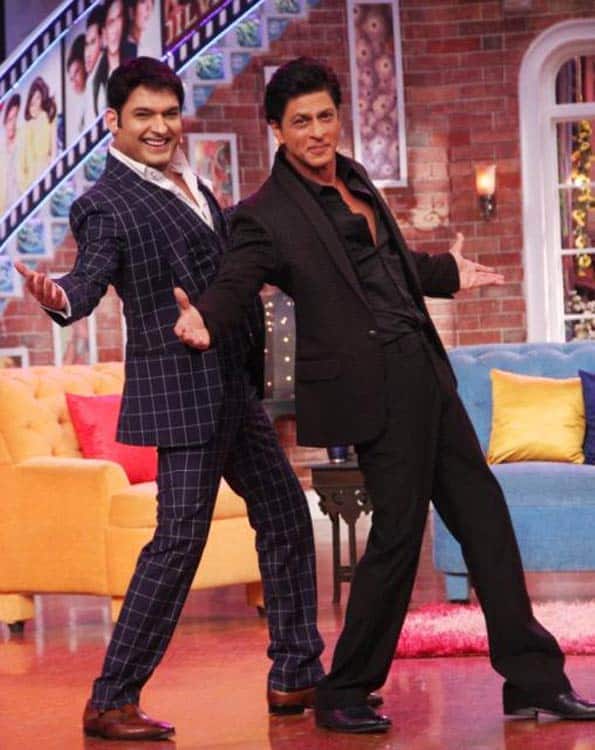 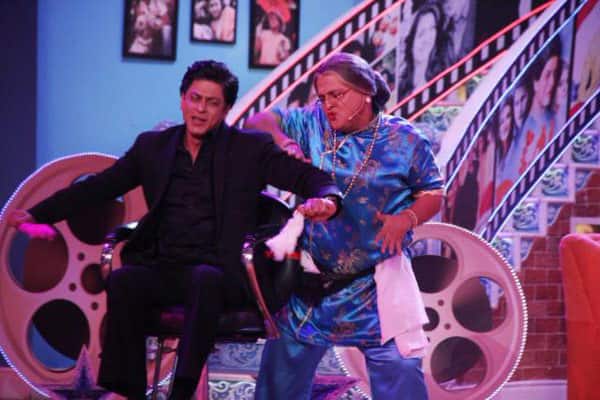 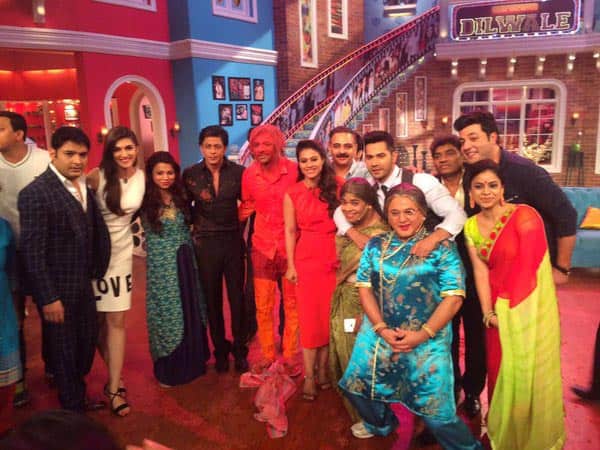 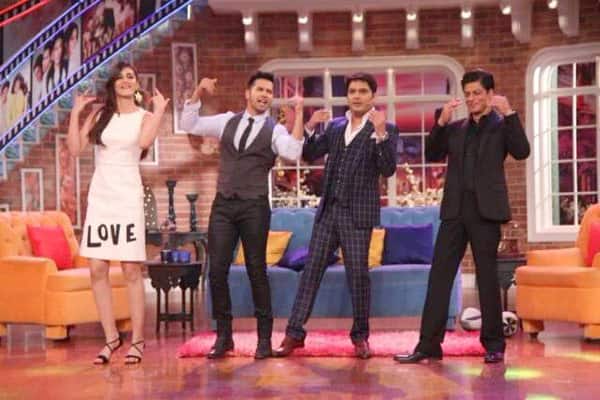 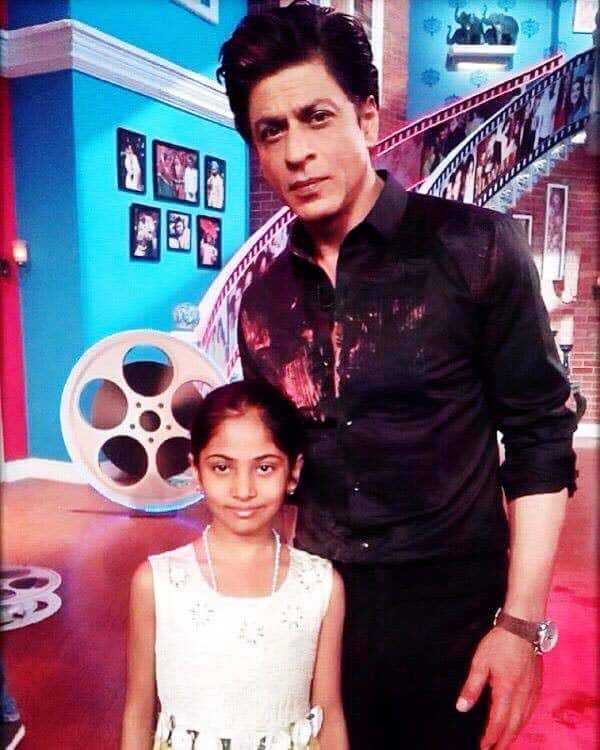 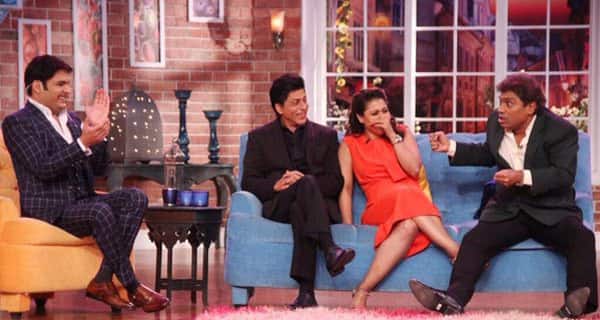 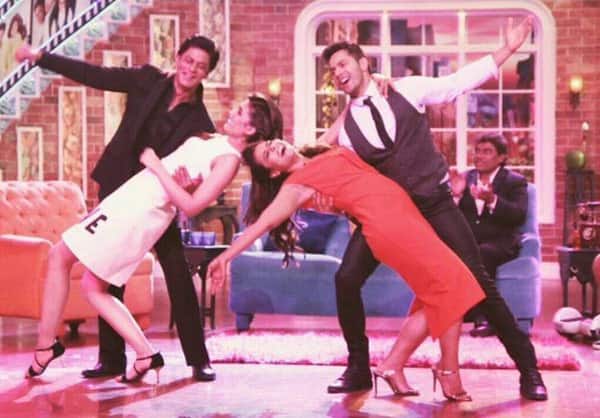