Shah Rukh Khan and his stardom knows no boundaries. Hollywood actress Sharon Stone was seen fangirling over the King Khan after she spotted him sitting right next to her at the Red Sea International Film Festival. 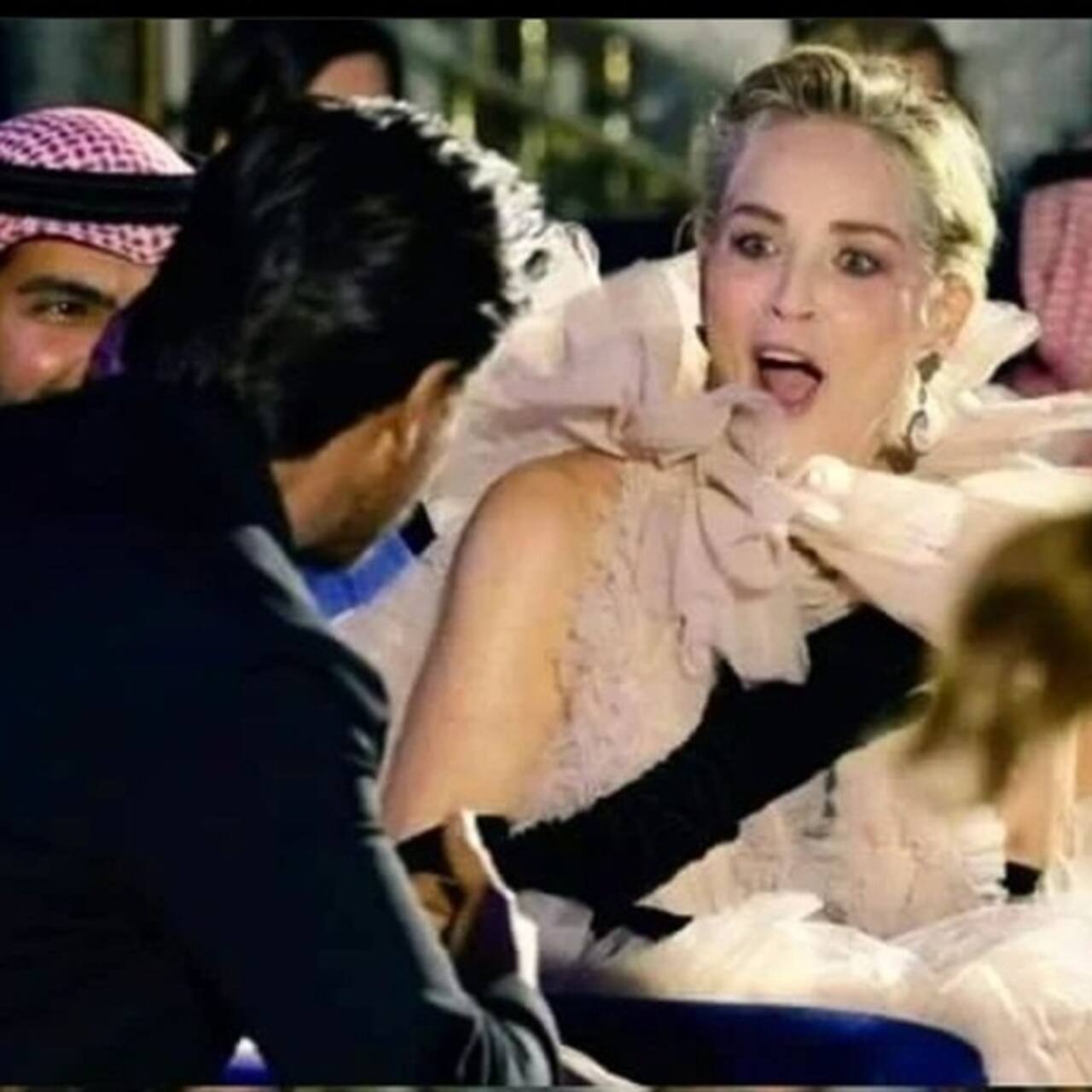 Shah Rukh Khan and his stardom knows no boundaries. His fans are across the globe and wherever he goes, the King Khan leaves people enamoured by his humility and electrifying persona. He recently attended the Red Sea International Film Festival after wrapping up his shoot schedule for Dunki in Saudi Arabia and left Hollywood actress Sharon Stone fangirling over him after she spotted him sitting right next to her. Also Read - Pathaan actor Shah Rukh Khan to Bholaa star Ajay Devgn: A look at the MOST expensive houses of celebs

In the video that has been gone viral on the internet, the host can be seen looking for Shah Rukh Khan in the crowd. Once she spots him, the host asks Shah Rukh to show himself and the King Khan happily obliges to her request. The superstar gets up from his chair and what he witnesses is Sharon looking at him in disbelief. Also Read - Pathaan box office collection day 13: Shah Rukh Khan starrer witnesses a massive drop on its second Monday [Here's day-wise collection]

Sharon is left jaw-dropped upon realising that Shah Rukh Khan was sitting beside her at the festival. She couldn't stop clapping and mouthing, 'Oh My God' as SRK greeted everyone with a smile and waved at the crowd. SRK noticed Sharon's animated reaction and acknowledged her gesture. Also Read - Pathaan box office success: Which film can BEAT Shah Rukh Khan-Deepika Padukone's starrer? Trade Expert predicts [EXCLUSIVE]

Twitter users couldn't resist themselves commenting on Sharon's reaction upon seeing Shah Rukh Khan and many people were of the opinion that they really can't complain owing to his mesmerising presence and aura.

Okay this is Sharon Stone...!! In excitement I didn't realise..
Look at the pull our king has...
The Sharon stone get so excited when she realises she was sitting next to SHAH RUKH KHAN.??
Last of the superstars...?? https://t.co/513Yu5sMkx

My favourite part of today's event, Sharon Stone's reaction when she realised Shah Rukh Khan is sitting next to her.. We can't blame her, can we?#ShahRukhKhan#RedSeaIFF22 pic.twitter.com/9avyz9OItc

Shah Rukh sat down in Jeddah on the eve of the second edition of the festival, where the star was being honoured. He had just wrapped Dunki, which he described as "a story of people who want to come back home when you finally get the calling", in Saudi Arabia's Neom region, reports deadline.com. Speaking about his experience of shooting in the country and its burgeoning film industry, SRK said he felt encouraged by the will of local industry to build and grow.