Salman Khan's Bajrangi Bhaijaan has been one of the most watched films in the recent past. Even after watching it so many times, not many of you might have had noticed that Salman's best buddy Shah Rukh Khan was also present in the film for a flitting second. And NO, we aren't talking about Shah Rukh's body double or a duplicate SRK. King Khan himself had a cameo in the film. Wonder which scene it was? Also Read - Salman Khan opens up about bringing Dabangg’s Chulbul Pandey back but with a TWIST; says, ‘I am incredibly proud of him’

The scene comes right after the Chicken song. You can see a long shot of the market in front of the Red Fort, Delhi. Salman is seen walking with Kareena Kapoor Khan and Harshaali Malhotra, but what not many of you would have noticed, that there was a movie theatre shown in the long shot and which movie was being screened there? Shah Rukh Khan's Happy New Year! Don't believe me? Have a look at the pic below... Also Read - Netflix to stream a docu drama on 'Sholay' iconic writer duo Salim-Javed? Here’s what we know 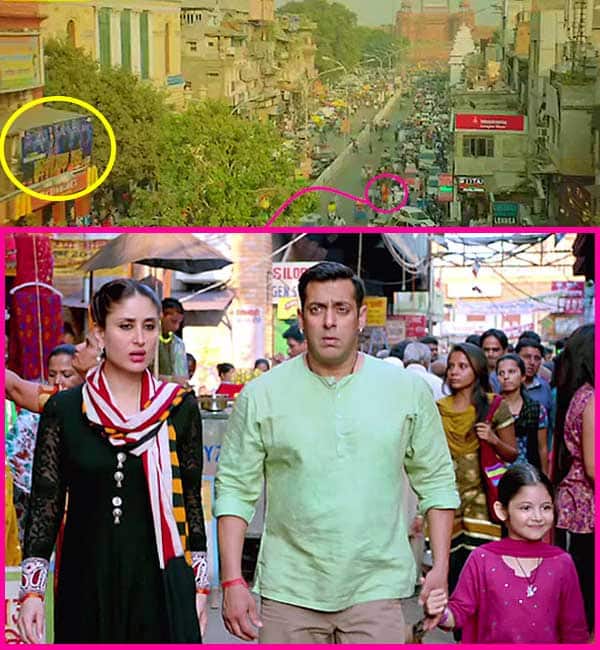 Now you see! If you recall it was Bajrangi Bhaijaan's first look that SRK tweeted and the post went viral like anything. This seems like a sweet enough gesture on the Dabangg Khan's part to return the favour. What say peeps?