On his first visit to the city of Benaras, Shah Rukh Khan follows the customary ritual of guzzling down a paan, along with co-star Anushka Sharma!

On his first visit to the city of Benaras, Shah Rukh Khan follows the customary ritual of chomping down a paan, along with co-star, Anushka Sharma! The actor is currently promoting his film, Jab Harry Met Sejal, for which he is travelling places. Right after he returned from his Dubai and Abu Dhabi trip, Khan and Anushka took off for yet another city to spread the word about their film. As we mentioned earlier, this is the first time that the actor is visiting Benaras, but looks like he is already channeling a lot of Benarasi customs, the primary being eating a paan. We've got our hands on these pics of the JHMS team, feeding each other some paan. Well, we don't know about you but the pics certainly left us tune into his Don song, 'Khaike paan Benaras wala.' While Anushka donned a traditional suit for the event, Shah Rukh opted for a casual look. Also Read - Trending OTT News Today: Salman Khan roots for Shah Rukh Khan's OTT debut, Tabu-Ali Fazal roped in for Vishal Bhardwaj's spy thriller Khufiya and more

They both have been doing quite a lot of travelling to promote JHMS. Considering how the film also revolves around a lot of wanderlusting, this seems like the apt way to market the movie. Just yesterday, the duo were in Abu Dhabi and Dubai, leaving fans in the Middle East, in a tizzy! They visited the Dubai Mall where a throng of about 10,000 fans were waiting with a bated breath. That's the power of King Khan's stardom! While we can't tell if they had the same effect in Benaras as well but we can tell from the pics that Anushka, Shah Rukh and Imtiaz had a ball, being Benarasi. Anyway, you folks can check out all the pics below. Also Read - Shah Rukh Khan raises our hopes for his OTT debut with new video; Salman Khan goes 'Swagat nahi karoge' – watch 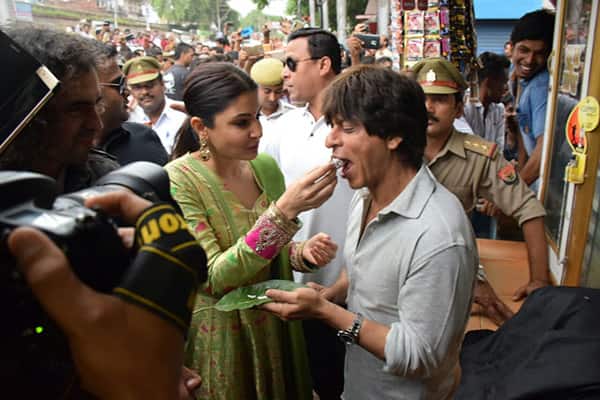 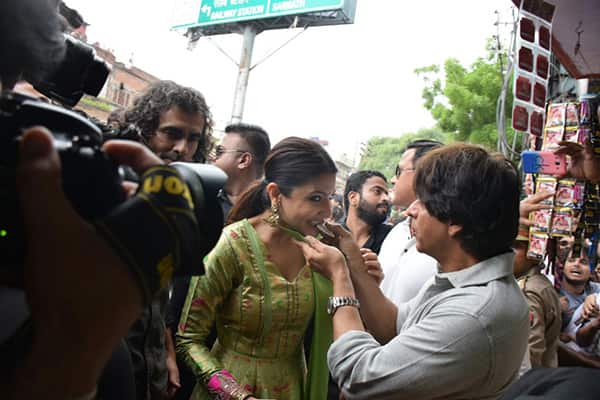 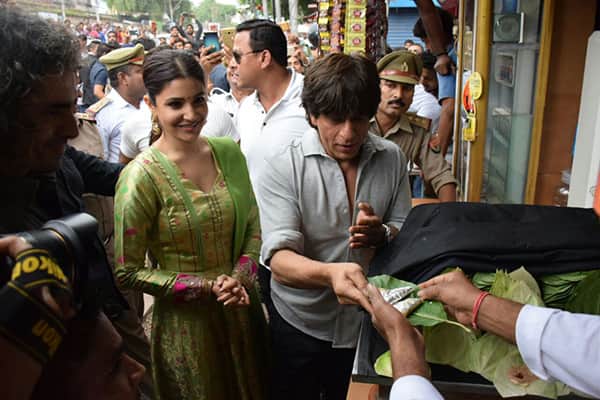 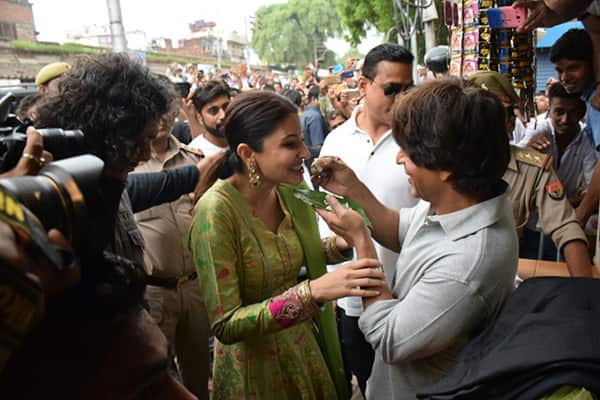 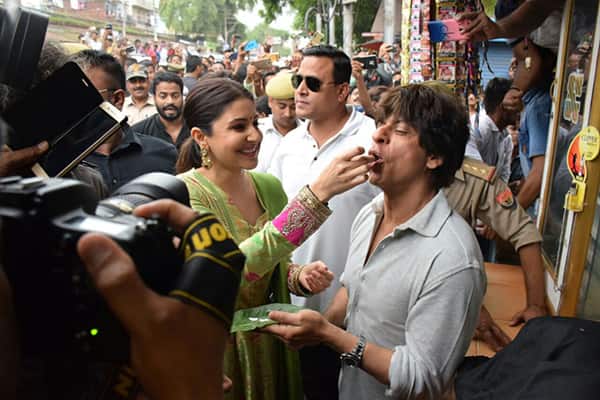 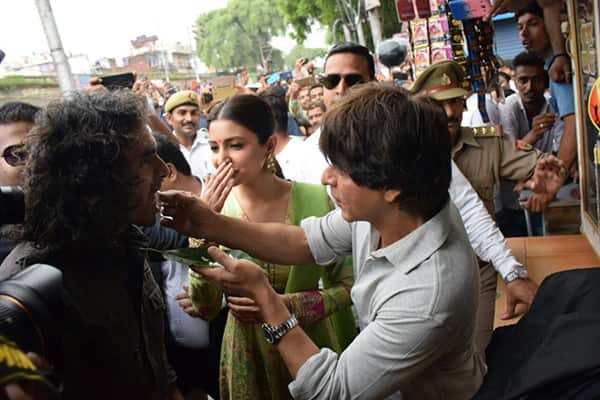 Set to release on August 4, Jab Harry Met Sejal reunites Anushka and Shah Rukh for the third time while it's their first film with Imtiaz Ali. With such big names associated to the film, we're pretty convinced that the film is going to be a big hit. Advanced bookings have also begun and SRKians are already flocking to the theatres booking their first-day-first-show tickets. Who would want to miss this romantic film that too in the most romantic season? Are you just as excited for JHMS? You can tell us in the comments box below. Stay tuned to this space as we'll bring all hot scoop from the movie sets!