Shah Rukh Khan proves yet again that he is a dotting father - view pic!

Because sometimes nothing else matter than being with your loved ones!

There is no denying the fact that Shah Rukh Khan is a loving and protective father. The usually humble and polite actor can even turn the angry man when it comes to protecting his children; can't say we blame him. The actor was recently in London, visiting his kids Suhana and Aryan and spent quite some quality time with them. He even posted a pic of his daughter and her friends a couple of days back while he was out on a lunch date with all the girls. He's now on his way back and though he's dead tired with lack of sleep and rest, the actor claims he's at peace after being with his loved ones. Also Read - Filmy Friday: When Shah Rukh Khan got angry at a reporter and the reason was AbRam

King Khan recently shared the following pic of his with heavy, sleep-deprived eyes on Twitter with a tweet that read, "Longish day 2 nite 2 day again. But met my loved ones & slept a few hours in their arms. Eyes tired but heart rested." Also Read - Kiara Advani, Pooja Hegde, Kriti Sanon: These 6 Bollywood beauties are a HIT with south Indian filmmakers 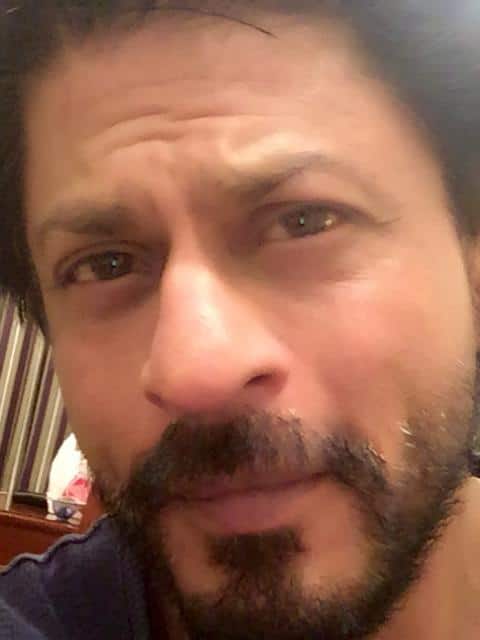 Also Read - Varun Dhawan has THIS to say about Friends Reunion

Shah Rukh will now resume work on Rohit Shetty's Dilwale where he's paired opposite Kajol. The film which also stars Varun Dhawan and Kriti Sanon as parallel leads, will hit theatres on December 18.