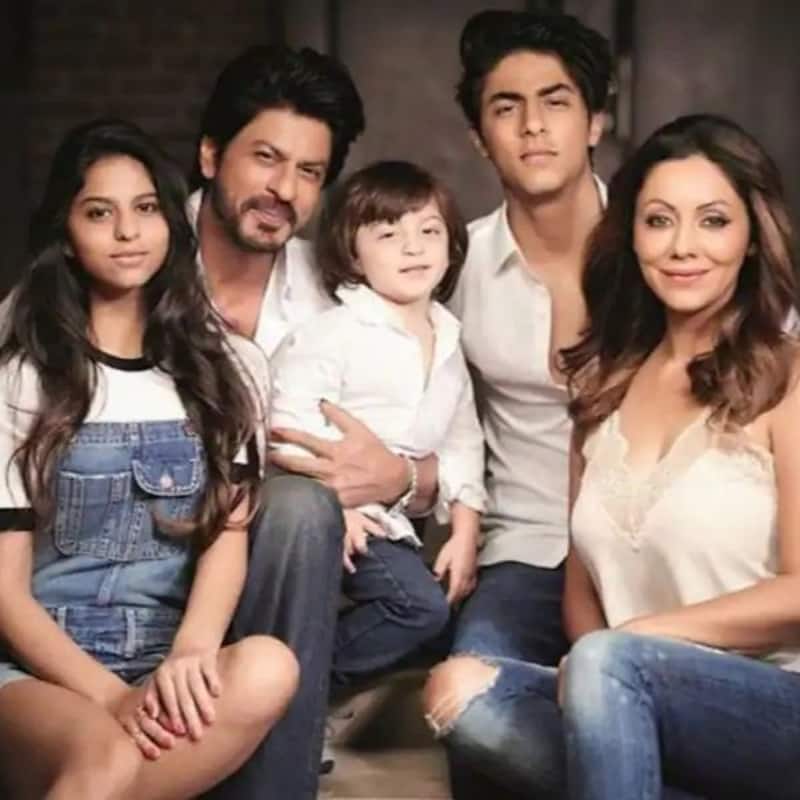 Shah Rukh Khan and his family know how to take over the Internet. Aryan Khan has done his first modelling campaign with Adidas, and the pictures are driving fans crazy. Aryan Khan is looking helluva handsome in that sporty look, and his face is a spitting image of his dad from his younger days. But we must say that Aryan Khan has a more chiselled jaw. The pics are trending on social media. Gauri Khan reacted on the pics commenting, "My boy, love love love." Shah Rukh Khan was not to be left behind. He tweeted, "Mujh par gaya hai....My boy." He also shared a pic of him jumping over a hurdle as proof. Take a look at this cute banter of the Khan family... Also Read - Ekta Kapoor, Aryan Khan, Salman Khan and more celebs who were caught in legal trouble

Onwards and upwards… my boy ? pic.twitter.com/BNzDryNFA6

Shah Rukh Khan's throw back pic looks like it is from Main Hoon Na. The movie is a fan favourite. This is how people reacted to his tweet. Also Read - Aryan Khan, Navya Naveli Nanda, Salman Khan showcase their stylish avatar at Chunky Panday's birthday bash [View Pics]

Some days back, Shah Rukh Khan sent in his congratulations to the women's team of the Trinbago Knight Riders who won the first ladies Caribbean Premier League. Fans are waiting for Pathaan that will hit the screens on January 23, 2023. He will be back on screen after five long years. In the mean time, Shah Rukh Khan's cameo as Vanar Astra in Brahmastra is hailed as one of the best things about the movie.