Shah Rukh Khan spotted coming out of a recording studio after dubbing for Raees- view pics!

Shah Rukh Khan who landed in town just yesterday has gone back to work. The actor had gone to Germany for the launch of Zee One channel. And last night, he was snapped by the paparazzi at the suburban recording studio after finishing dubbing for his most awaited film Raees. The actor was looking his best in casual, but what grabbed our attention was the pleasant smile on his face. He had a big grin and we just couldn’t stop admiring it. Also Read - When Ananya Panday, Janhvi Kapoor, Sara Ali Khan and more young Bollywood divas left fans gasping for breath with their fiery hot bikini shots – view pics 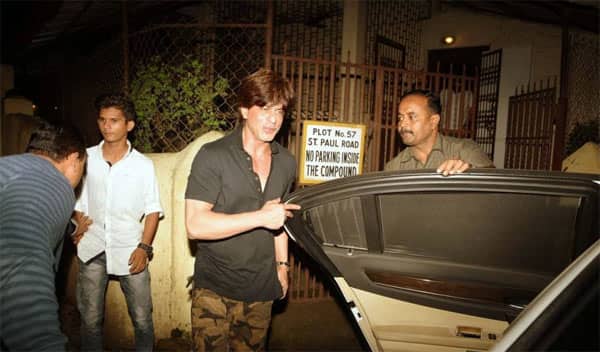 Shah Rukh’s Raees is already become the talk of the town. Firstly because he will be romancing Pakistani beauty Mahira Khan in the film and secondly the clash with Hrithik Roshan’s Kaabil. However SRK tried his level best to avoid the clash but it didn’t happen. Now reportedly Raees and Kaabil will be releasing on the same day i.e January 26, 2017 which is a holiday weekend. Now it will be interesting to watch who will win at the box office. Also Read - Kangana Ranaut labels Alia Bhatt's new ad replacing 'kanyadaan' to 'kanyamaan' as 'anti-Hindu propaganda'

Apart from Raees, SRK is awaiting his next release Dear Zindagi with Alia Bhatt. The film has already left the audience excited because for the first time Khan will be working with Alia. He will be seen playing her life coach. Indeed the fans are desperately waiting for SRK’s films. Also the actor will soon begin the shooting for Imtiaz Ali’s next with Anushka Sharma. King Khan is extremely busy we must say. Stay tuned with Bollywoodlife for more Bollywood news and gossip. 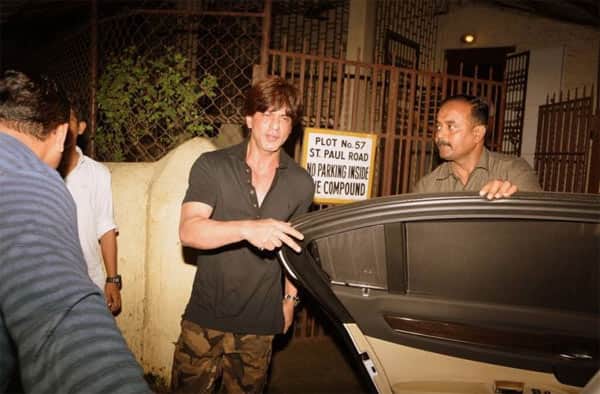