Shah Rukh Khan teams up with Kantara star Rishab Shetty for THIS film? Here's everything you need to know

Pathaan actor Shah Rukh Khan to team up with Kantara actor Rishab Shetty and Rakshit Shetty for a film which will be produced by Hombale films? 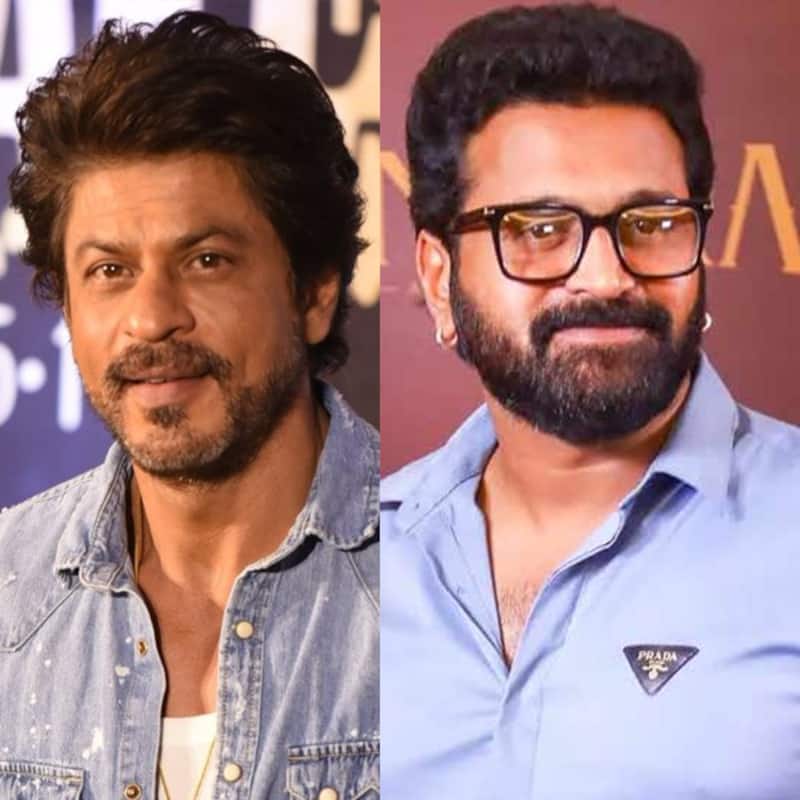 Bollywood superstar Shah Rukh Khan is all set to make his comeback on the big screens with Pathaan and fans are eagerly waiting for his exceptional performance. There are rumours that state that Shah Rukh Khan will be teaming up with Kantara actor Rishab Shetty and Rakshit Shetty for a film? Yes, you read that right! Production house Hombale films are riding high on success, all thanks to its 2022's highest-grossing films like KGF 2 and Kantara. Rishab's Kantara has kept audiences hooked to the screens with his on-point storyline and phenomenal performances of the actors. The film has broken all the box office records. Also Read - Shah Rukh Khan-Taapsee Pannu in DUNKI, Katrina Kaif-Vijay Sethupathi in Merry Christmas; fresh pairs to rule box office in 2023 [Watch Video]

Recently, there are reports that Hombale films are in talks with Jawan star Shah Rukh Khan for a film which will be directed by Rohit Shetty. Rishab and Rakshit were rumoured to be playing cameo roles in the film. Well, a source close to the production house told IndiaToday.in that the rumours are not true. The source said that the next Pan Indian film from Hombale films is Salaar with Prabhas and Prithviraj Sukumaran which is directed by Prashanth Neel. The production house is planning for another film in 2023. Also Read - Ahead of Pathaan release, Proud of Shah Rukh Khan becomes to top trend; SRKians say he has a 'heart of gold' over his latest charity

On the work front, Shah Rukh Khan's Pathaan will release on January 25, 2023 and it will feature Deepika Padukone, John Abraham in lead roles. On December 6, YRF took to social media and shared a single picture of Shah Rukh Khan. In the picture, SRK was seen having an intense expression on his face and a gun in his hand. The picture was captioned as, 'He always gets a shotgun to the fight! #Pathaan Celebrate #Pathaan with #YRF50 only at a big screen near you. Releasing in Hindi, Tamil and Telugu (sic)'. Also Read - Bigg Boss 16: Farah Khan enters to support Sajid Khan in the family week; calls Priyanka Chahar Choudhary 'Deepika Padukone' of BB house [DEETS HERE]