We broke it FIRST! Shah Rukh Khan to play a magician in Salman Khan's Tubelight

Shah Rukh Khan plays a magician in Salman Khan's Tubelight and we have EXCLUSIVE details!

The internet is busy anticipating if Shah Rukh Khan is really playing a magician in Salman Khan's Tubelight or no. It all started after Chief Operating Officer of Salman Khan productions Amar Batula tweeted about Shah Rukh creating some magic on the sets as he wrote, "When u have 2 of india's biggest superstars on set its MAGIC!Thank u @iamsrk for making #Tubelight even more special!" But just in case you've forgotten, BollywoodLife was the first one to EXCLUSIVELY break this news about SRK playing a magician in Tubelight . Yes! Also read: Revealed! Shah Rukh Khan to play a magician in Salman Khan’s Tubelight Also Read - Vicky Kaushal - Katrina Kaif engagement rumours: Sunny Kaushal reveals the Uri actor's hilarious response to parents

After the pictures of SRK sporting a tattoo from the sets of Tubelight went viral, our source spilled the beans stating how SRK went through a look test on January 15 and that he has been finalised to play a magician in the film. Now we dunno how Shah Rukh’s role as a magician is going to bring a twist in this tale but it definitely takes us back to our earlier report when we were informed about Tubelight being a copy of 2015 Hollywood film Little Boy. Also read: EXCLUSIVE! Shah Rukh Khan to sport a tattoo on his face in Salman Khan’s Tubelight Also Read - RRR, Sooryavanshi, Gangubai Kathiawadi, KGF 2, Liger and more – Ten movies that are guaranteed to NOT take the OTT route

For all the uninitiated, Little Boy is a war fantasy drama film where Pepper (Jakob Salvati)- the little boy gets ruthlessly mocked by his classmates because of his small stature. The film is a pretty harsh depiction of the bullying he suffers. However, the story gets under way when Pepper’s father and chief protector (Michael Rapaport) goes off to war and then is reported missing in action. Pepper then gets desperate to have his father return, and the local priest encourages him to believe that if he has enough faith, he may have the capacity to alter the course of the war; eventually leading to Pepper’s unbelievable mission to find his father against all odds and fears. Also read: Salman Khan’s Tubelight is a COPY of Hollywood film Little Boy! Also Read - Salman Khan WILL never work with THESE TOP directors from Bollywood? Know all about their major spats 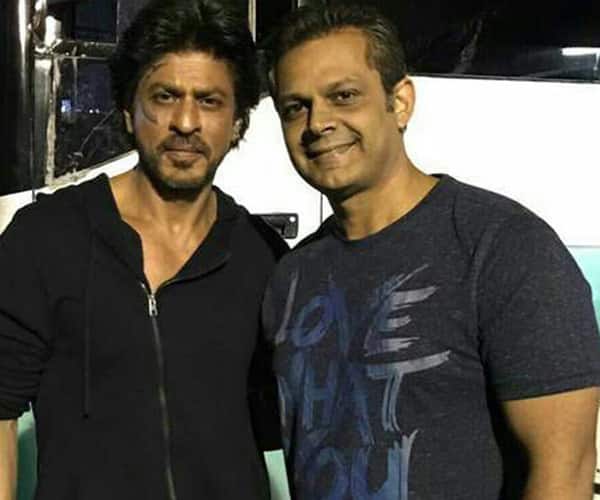 So in that case, there could be a possibility that Shah Rukh’s role will be similar to that of the local priest from Little Boy. Like you never know right? SRK could be the magical force behind Salman fighting all the odds to find his missing brother played by Sohail Khan. Of course, this is just our assumption. But all said and done, we’re so excited to see Shah Rukh as the magician in Tubelight.

PS: Just in case you were wondering if this is the first time Shah Rukh will be seen playing a magician then well, to get your facts right, SRK had pretended to be a magician in his 1992 film Chamatkar co-starring Naseeruddin Shah. Here watch the video below.

Now it’s left to see how will Shah Rukh pull off the role as a magician in Tubelight this time. Do you think he’ll do a kickass job? Share your thoughts in the comments below and keep watching this space for more updates.