Preity Zinta, part owner of Kings XI Punjab, accusing her then boyfriend of abusing her came as a big shocker. The time when Shah Rukh Khan lost his cool over a security guard was a big screw-up, and the actor even had to pay for it.

It’s that time of the year when controversies come along with entertainment!'

Indian Premier League is returning with its ninth season and oh how excited we are. 8 teams are gonna battle on the cricket ground against each other once again. And what awaits is lots and lots of entertainment. And of course where is glamour and cricket, there is controversy! Also Read - From Rakul Preet Singh-Jackky Bhagnani to Saif Ali Khan-Kareena Kapoor: 6 celeb couples who kept their relationship a secret before making it official

While cricket is called a gentleman’s sport, the controversies that have surfaced over the years of IPL may beg to differ. Try as much to hide the dark side behind the extravagant opening ceremonies, celebrity attendance, top-notch promotional tactics and thrilling games; somehow the controversies make their presence felt. Also Read - From Akshay Kumar to Anushka Sharma: 6 celebs whom Amitabh Bachchan publicly taunted for not replying to his messages

Preity Zinta, part owner of Kings XI Punjab, accusing her then boyfriend of abusing her came as a big shocker. The time when Shah Rukh Khan lost his cool over a security guard was a big screw-up, and the actor even had to pay for it. Also Read - After Anushka Sharma's PDA for Virat Kohli, latter returns the favour with NEW VIDEO, proving Virushka still loves giving us #CoupleGoals

So, as we gear up for the new set of controversies...err...matches this year, we compile a list of BIGGEST IPL controversies till date. .

During IPL 2015 Virat and Anushka were going strong as steel. During a match in Bangalore, Virat met Anushka in the stands, while the match was halted due to rains. Well nothing big about it. Right? Wrong! In the process Virat was breaking a protocol set by ASCU, which forbids players from meeting non-accredited members. But this incident was let go by BCCI! Thank God! 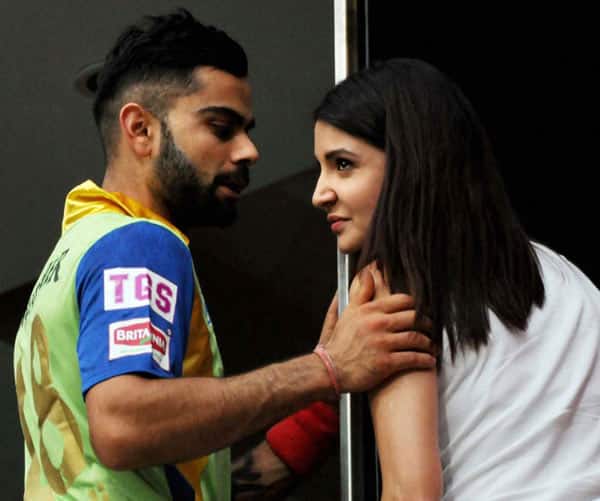 Whoa! This one shook the entire nation! Rajasthan Royals was in big trouble for this one. Sreesanth, Ankeet Chavan and Ajit Chandila were accused of being involved in spot-fixing. BCCI imposed a lifelong ban on the ones involved. Owner of the team was also found to be guilty of being involved in the scandal, after an extensive enquiry. 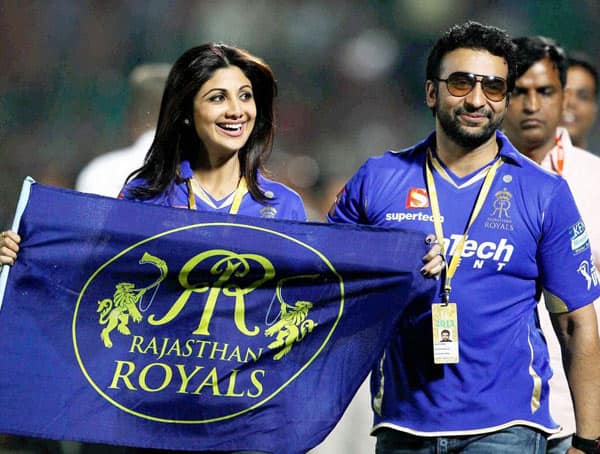 Preity and Ness Wadia got in a heated argument during one match of the IPL. A huge saga of mud-slinging and police involvement began. Ness was found guilty of outraging the modesty of a woman, reportedly by a leading daily. The two still continue to be part owners of the team. 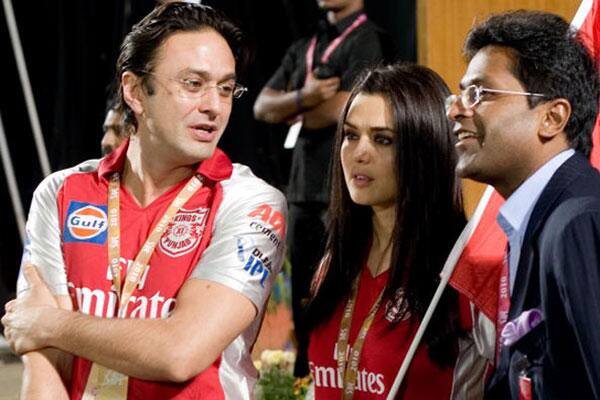 Shah Rukh Khan gets in a feud!

Shah Rukh Khan was ecstatic over his win of his team Kolkata Knight Riders and wanted to celebrate with team on the ground. This did not go down well with a security guard and he stopped the superstar from entering the cricket pitch. While the actor accuses the guard of misbehaving with him and his family. The heated argument led the council to ban Shah Rukh from Wankhede stadium. 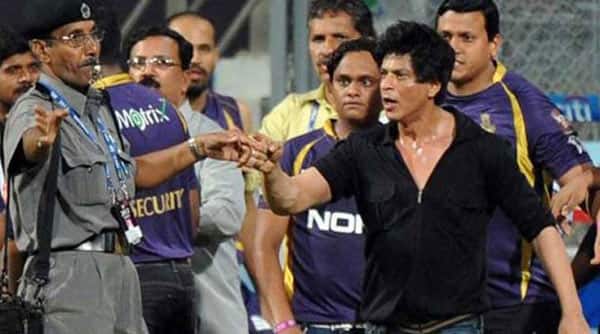 The horror on Preity Zinta’s face is unforgettable, when Harbhajan slapped her team’s playe Sreesanth.in April 2008, after a match between Mumbai Indians and Kings XI Punjab, Harbhajan Singh (Mumbai Indians) slapped Sreesanth (Kings XI Punjab). After a thorough investigation by the BCCI, a 11-game ban was imposed on Bhajji 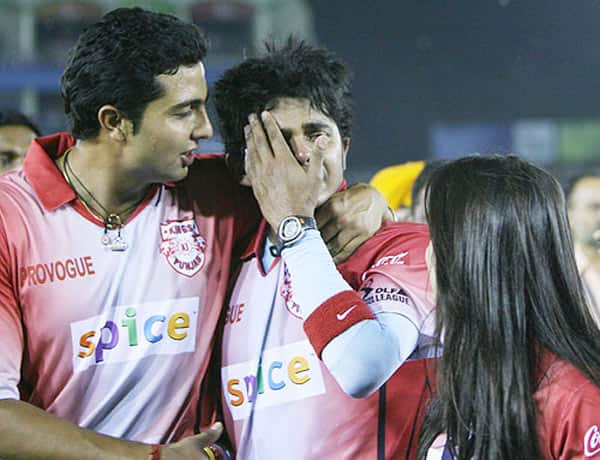 When KKR dropped Sourav Ganguly from the team!

Whoa! Shah Rukh Khan’s team KKR decided to drop Dada from the team, and it infuriated fans in 2011. When KKR played against Deccan Chargers, in 2011, Ganguly’s fans refused to show up. Shah Rukh was quoted by a news daily “In our scheme of things I think it is a very radical, big decision. I still would personally like him to play for us, but I don't know if the rulings allow." 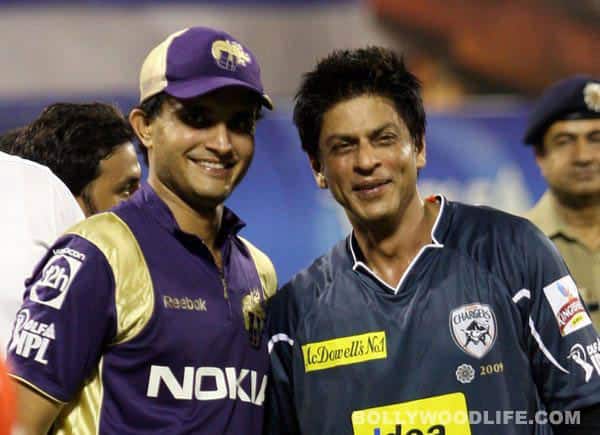