Shah Rukh Khan's daughter Suhana Khan and The Archies co-star Agastya Nanda were spotted in the city for dinner along with Shweta Bachchan Nanda. 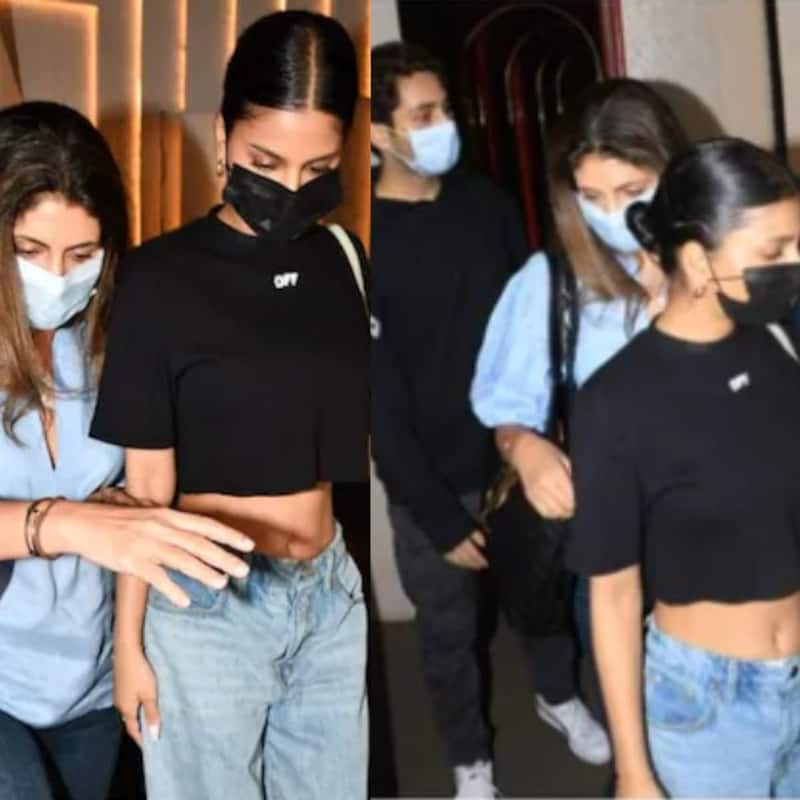 Shah Rukh Khan's daughter Suhana Khan was recently spotted in the city as she met her co-star Agastya Nanda for dinner on Tuesday. The two will be making their debut film together The Archies with Zoya Akhtar. Agastya's mother Shweta Bachchan Nanda along with her friend Kajal Anand also joined them at the restaurant. A video was shared on the paps account on Instagram from the restaurant. In the video, Suhana and Agastya were seen getting into their cars post dinner. Suhana pulled off a black crop top and flaunted her midriff in style. She paired the top with loose denim and looked lovely. Shweta held her hand and walked along with her to drop her inside the car. Agastya wore black casuals and was seen holding mommy Shweta's hand till he dropped her to the car and joined from the other side. Also Read - Independence Day 2022: Shah Rukh Khan, Aamir Khan, Akshay Kumar and more Bollywood superstars who played Dil Se Desi dudes in their movies

A user commented, “I loveee Shweta Bachchan sweet nice and kind gesture the way she hold Suhana's hand,” while other one said, “Shweta and Suhana were tooo sweet.” Suhana will be making her debut with Agastya Nanda and Khushi Kapoor in Zoya Akhtar's The Archies. Agastya will be playing the role of Archie, Suhana will be playing the role of Veronica while Khushi will be seen essaying the role of Betty. The film also stars Mihir Ahuja, Dot, Yuvraj Menda, and Vedang Raina. The Archies will premiere on Netflix next year. The teaser of The Archies was released in May and the entire cast of the film was goofing around. Also Read - Darlings: Are Alia Bhatt and Shah Rukh Khan contemplating a Telugu version of Netflix smash hit? Here's what we know