Shah Rukh Khan's daughter Suhana Khan has rightly pointed that there is no Disney princess hailing from India yet. 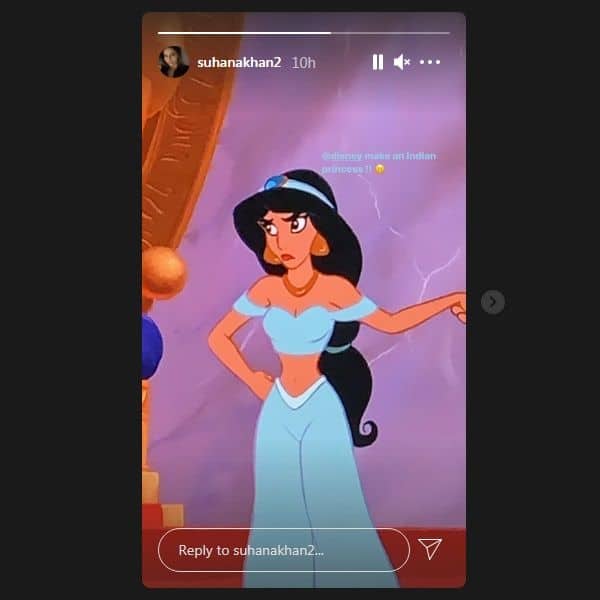 Also Read - Deepika Padukone, Disha Patani, Suhana Khan — which Bollywood diva do you wish to see with BTS' V in a music video?

In September, Suhana had revealed how she was told she is ugly because of her skin tone since she was 12 years old. She said she has not got her skin lightened, adding that she would never do it.

"There's a lot going on right now and this is one of the issues we need to fix!! this isn't just about me, it's about every young girl/boy who has grown up feeling inferior for absolutely no reason. Here are just a few of the comments made about my appearance. I've been told I'm ugly because of my skin tone, by full grown men and women, since I was 12 years old," she had written while sharing a few screenshots of the comments on her appearance.

Suhana is studying filmmaking in New York. Currently, she is in Mumbai and spending time with her family. The 20-year-old is SRK and Gauri Khan's second child, after their son Aryan, who was born in 1997. In 2013, the couple welcomed their third child AbRam via surrogacy.