Will Shah Rukh Khan come down to Pune for Diplo? 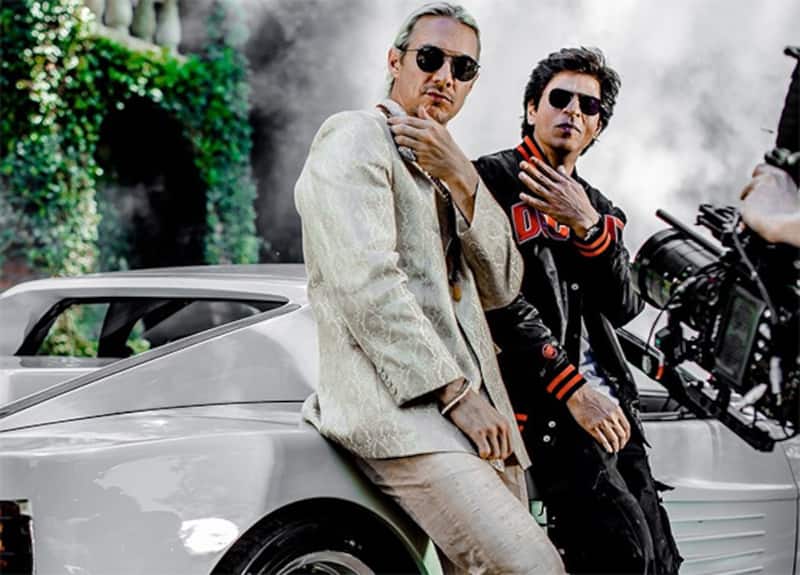 Shah Rukh Khan's Phurr song from Jab Harry Met Sejal was probably one of the most anticipated one since it marked the collaboration of DJ Diplo and music composer Pritam. The song, one of my personal favourites from the album, was also Diplo's debut in Bollywood music. While the song was a chartbuster, it didn't receive the recognition that it should have ideally. It was DJ himself who convinced SRK to be a part of the music video and the rest, as they say, is history. Diplo even took to his Instagram account to share a picture with SRK hinting at their 'wild' merger. Diplo, who won two Grammy Awards last year, is a world renowned artist and his fans are crazy for him. And if someone, who enjoys such a huge popularity, turns out to be a SRK fan, then it's quite a big deal. Also Read: Wait, what? Shah Rukh Khan was not the first choice for Zero! Also Read - Shah Rukh Khan-Nayanthara to Ranbir Kapoor-Rashmika Mandanna: Exciting pairings in upcoming new movies in 2023 that fans are waiting for

While many such Hollywood-Bollywood mergers happen in the industry, very few artists continue to maintain their rapport and stay in touch with each other. SRK, fortunately comes in the category of people who adore their associates and love to stay in touch even via social media. The actor, who recently uploaded a picture of his little son, AbRam, soon got a reply from Diplo, asking if he'll attend his new concert in Pune on Friday. The actor, who's currently busy shooting Zero, was quick to reciprocate. Shah Rukh wrote, 'Would love to my friend. But working in Delhi. Have a great show and share some love with Pune. They r with wonderful'. Though the star was in the city to attend Karan Johar's twins - Yash and Roohi's first birthday, he'll fly to Delhi today to attend an event. Also Read: Shah Rukh Khan, Salman Khan or Aamir Khan: Who has ruled this decade? Let’s find out… Also Read - Ranveer Singh-Deepika Padukone, Shah Rukh Khan and more celebs who own the MOST expensive homes; check insane costs

We must admit that the conversation shared between the two stars was quite adorable and we did hope that the actor could have managed to attend the concert. It would have been great to see them perform live on Phurr. After all Shah Rukh Khan is a crowdpuller and no one can beat him in that department.