Shah Rukh Khan’s new Mannat name plate costs a BOMB; one can buy a luxurious car with it [Exclusive]

The cost of new nameplate of Shah Rukh Khan's home Mannat will leave your jaws dropped. Here's who designed this name plate and everything you want to know about it. 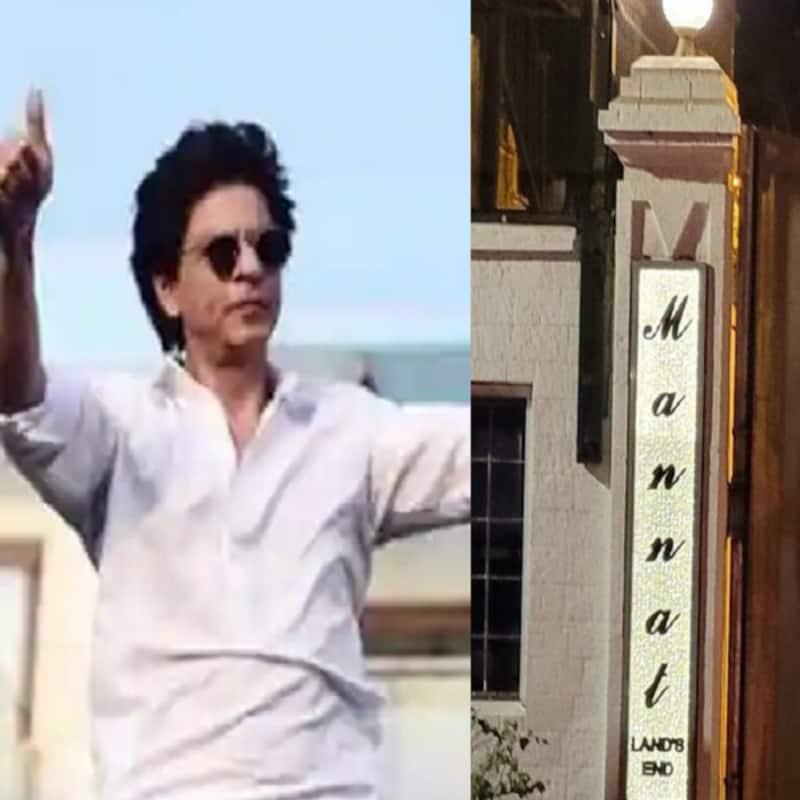 Shah Rukh Khan recently made it to the headlines as fans noticed that he had changed the nameplate of his luxurious house Mannat. Shah Rukh is undoubtedly one of the biggest superstars in Bollywood and his fans are CRAZY for him. The kind of love and affection that people have for him is just admirable. Thus any minute detail about him grabs attention even if it is something as simple as changing the nameplate of his home. His fans have been clicking tons of pictures with the redesigned nameplate of Khan's house. But do you know how much the new nameplate costs? Also Read - Shehnaaz Gill shows of her 'Brahmastra' powers in this CRAZY VIDEO; attracts the sea with her mind alone

A source close to Bollywoodlife reveals, "Shah Rukh Khan's new Mannat nameplate has been designed under the supervision of his super talented interior designer wife Gauri Khan. She, who is an ace designer herself suggested a revamp of their nameplate and it was decided for quite a time now. And finally, they did. SRK never gets into these details, as the boss of the house is Gauri and whatever she decides the family happily accepts. Indeed the choice is great as the response they are getting from the fans is endearing." Also Read - Rakhi Sawant brutally TROLLED for claiming BF Adil is planning to buy 10 flats in Dubai as they're cheaper; netizens say, 'My whole life's a lie'

The source further adds, "The cost of that nameplate is around 20- 25 lakhs as Gauri wanted something classy to suit the standard of the Khan family. And this nameplate reflects the classic choice of Mrs. Khan". Well, a middle-class man can easily buy a luxurious car for himself in this whopping amount. Shah Rukh Khan who had come to Mumbai had a desire to buy a lavish house and rule Mumbai one day, and today he is living his dream. Well, indeed King Khan is the classic example of one who can change the world with his determination. Also Read - Vijay Deverakonda, Aamir Khan, Sunny Leone and more: Bollywood stars who bared it all and posed nude for film posters [VIEW PICS]

On the professional front, Shah Rukh Khan is waiting for the release of Pathaan. It will be his comeback film after a sabbatical of a few years. His last film was Zero. And recently he announced his forthcoming film with Rajkummar Hirani titled Dunki. Shah Rukh will also be seen in Atlee and his fans are eagerly waiting for the announcement on the same.