A video has gone viral on social media in which a man is seen urinating in public. Netizens are claiming that it's Shah Rukh Khan's son Aryan Khan. So, is it actually Aryan in the video? Read on to know about it...

2021 wasn’t a great year for Shah Rukh Khan and his family. In October, the superstar’s son Aryan Khan was arrested in a drug case, and after staying in the custody for more than three weeks, he was granted bail. Now, the star kid is once again in the news because of a viral video. A video has been doing the rounds of social media in which a man is seen urinating in public at an airport. It has gone viral on the internet and netizens are claiming that the person in the video is Aryan. So, is Aryan actually urinating in public? Read on to know the truth about the viral video… Also Read - Shah Rukh Khan makes his first ever Instagram post after Aryan Khan's case; SRKians scream 'KING IS BACK'

Well, the truth is that the man in the video is not Shah Rukh Khan’s son Aryan. Reportedly, the guy in the video is Bronson Pelletier, an actor from Twilight. It is said that the actor was in an inebriated state and he had urinated on the floor of the lobby of the Los Angeles International Airport in 2012. Also Read - Anupamaa: Vanraj and Nandini recreate SRK and Kajol's hilarious scene from K3G and you cannot miss the fun – watch video 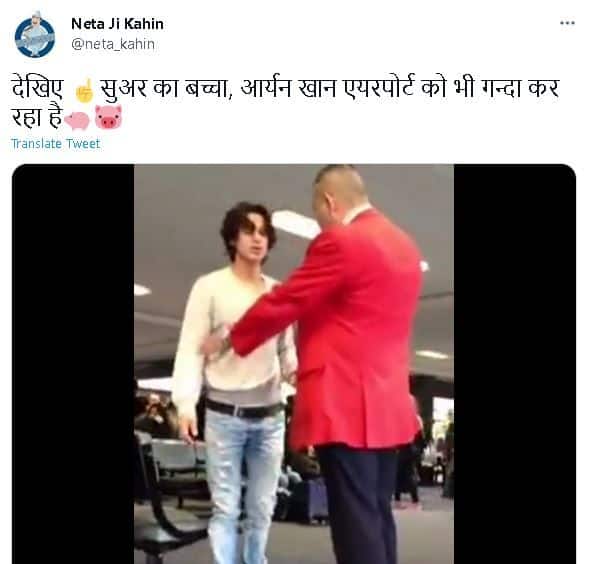 This is not the first time when Aryan Khan has made it to the headlines because of a viral video. A few years ago, a s*x MMS had gone viral on the internet and people claimed that it was Aryan in the video. However, at that time also it was turned out to be fake.

Meanwhile, Shah Rukh Khan has kept low-key since Aryan Khan’s drug case controversy. A few weeks ago, the actor had made a virtual appearance for a brand event. Reportedly, the superstar has resumed the shooting of Pathan, and a few days ago, actor Diganta Hazarika had shared a picture with SRK on his Instagram. Fans soon started speculating whether it is from the sets of Pathan. However, later Diganta deleted the picture. SRK also has Atlee’s next lined up.