When Shah Rukh Khan's son Aryan Khan and Ananya Pandya recently came face-to-face at the special screening of Madhuri Dixit-Nene's upcoming film, Maja Ma, Aryan chose to walk past her without even looking at her. 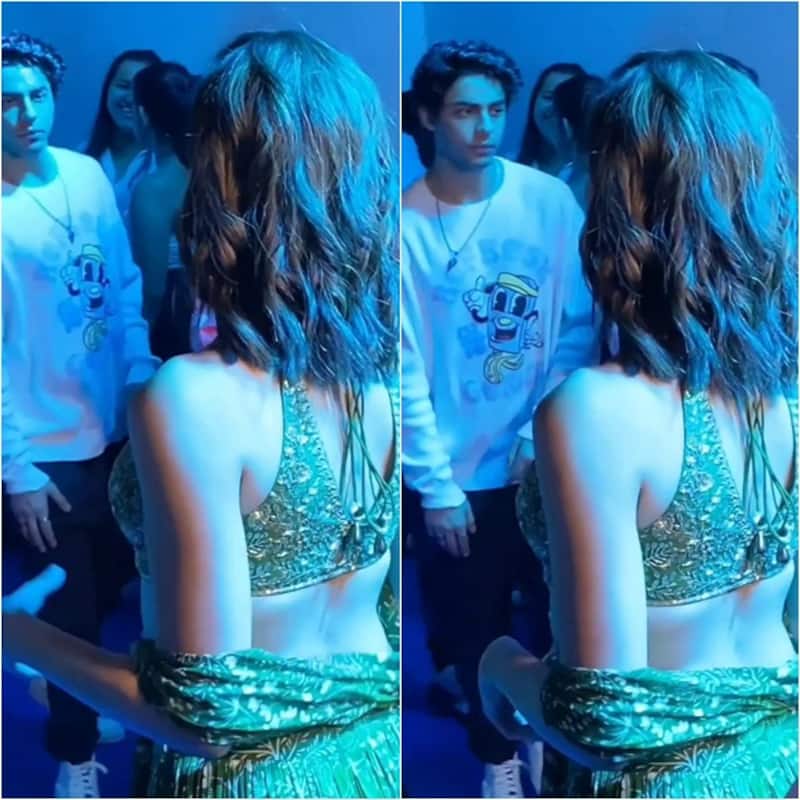 Karan Johar has claimed that whoever manifested something on his chat show Koffee With Karan has come true sooner or later. But it seems like Ananya Panday's Koffee shots have misfired when she confessed to having a crush on Shah Rukh Khan's son Aryan Khan. When the two recently came face-to-face at the special screening of Madhuri Dixit-Nene's upcoming film, Maja Ma, Aryan royally ignored Ananya and their awkward encounter is being talked about on social media. Also Read - Trending Entertainment News Today: Did Varun Dhawan confirm Prabhas-Kriti Sanon's affair, Aryan Khan and Ananya Panday spotted together and more

In the viral video, Ananya is seen standing amid a group of people. She is seen wearing a designer lehenga choli set, keeping her shoulder-length hair open. Then Aryan is seen exiting the venue, wearing a white sweat shirt. And the moment he spots Ananya in the crowd, Aryan chooses to walk past her without even looking at her. Ananya too didn't react much to it. However, their awkward moment left netizens in splits. Also Read - Aryan Khan and Ananya Panday bury the hatchet after Koffee With Karan fiasco? Star kids caught partying together [View Pics]

On Koffee With Karan 7, Ananya had talked about her friendship with Suhana Khan and admitted that she had a crush on Aryan while they were growing up but nothing happened. "Yeah, he is cute. I had a crush on Aryan," Ananya had said. When Karan further prodded her asking why did it not materialise?" To which, Ananya replied, "Ask him." Karan then said that it would have been great if they had dated and Ananya replied saying that ‘it would be like a movie.’ Also Read - Seema Sajdeh stumbles while posing for paps post party at Karan Johar’s restaurant; netizens assume 'she is drunk' [Watch Video]

During a recent episode, Karan had revealed that Ananya dated two men at the same time. While the host confirmed that Ananya was indeed in a relationship with Ishaan Khatter, he also mentioned that she dated Kartik Aaryan as well.

Well, it seems like Ananya's manifestation on Koffee With Karan has backfired and Karan might want to intervene to fix Ananya and Aryan's equation.