Shah Rukh Khan's son Aryan Khan was recently spotted at the airport and his gestures toward fans are winning the internet. Check out the video here... 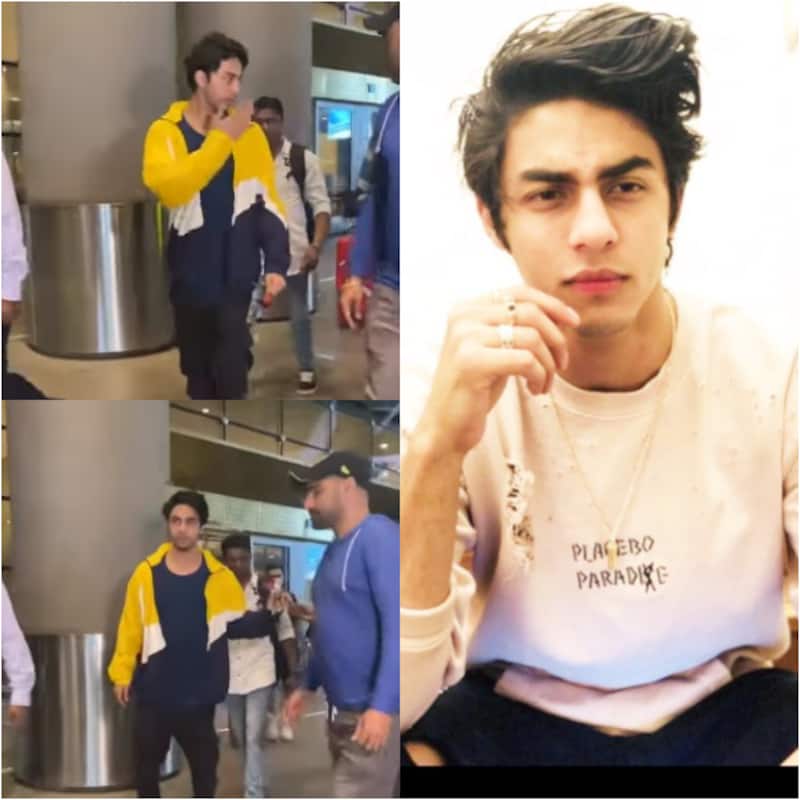 Shah Rukh Khan’s kids, Aryan Khan and Suhana Khan grab everyone’s attention always with their public appearances. While Suhana is all set to make her acting debut with Zoya Akhtar’s The Archies, it is not yet known when Aryan will be making his debut. However, a couple of days ago, Aryan shared a few pictures on Instagram from a brand shoot, and the photos went viral. Recently, Aryan was spotted at the airport and his sweet gesture toward fans is winning their hearts. Also Read - Shah Rukh Khan, Akshay Kumar, Kareena Kapoor Khan and more Bollywood celebs who believe in crazy superstitions

Aryan Khan always makes it to the headlines in the entertainment news, and this time, he has grabbed everyone’s attention because of his sweet gestures at the airport. The star kid was given a rose by a fan and he happily accepted it. He also greeted a fan with a Salaam, and these gestures of Aryan are being loved by one and all. While some netizens are calling him ‘sweet munda’, some are saying that he is so ‘humble’. Also Read - Dussehra 2022: Before Adipurush releases, check out how Shah Rukh Khan, Salman Khan, Akshay Kumar and more celebrated Raavan Dahan in THESE movies

A couple of days ago, when Aryan had shared the pictures from his photoshoot on Instagram, Shah Rukh Khan’s comment on it had grabbed everyone’s attention. The superstar had commented, “Looking really good!!…and as they say, that whatever is silent in the father….speaks in the son. By the way is that grey t-shirt mine!!!” Also Read - Madhur Bhandarkar opens up on doing a film with Shah Rukh Khan; says, 'I'll definitely revisit it in...' [Exclusive]

While it is not yet confirmed when Aryan will make his debut, we wonder if this photoshoot was a hint that he is ready to enter Bollywood.

Talking about Shah Rukh Khan’s movies, the actor is currently in the news for his cameo in Brahmastra which is being loved by one and all. The actor as a lead will be seen in movies like Pathaan, Jawan, and Dunki. Pathaan is slated to release on 25th January 2023, Jawan will hit the big screens in June 2023, and Dunki is scheduled for a release on Christmas 2023. So, the year 2023 clearly belongs to SRK.