Shah Rukh Khan's sons AbRam and Aryan are the cutest brothers ever! 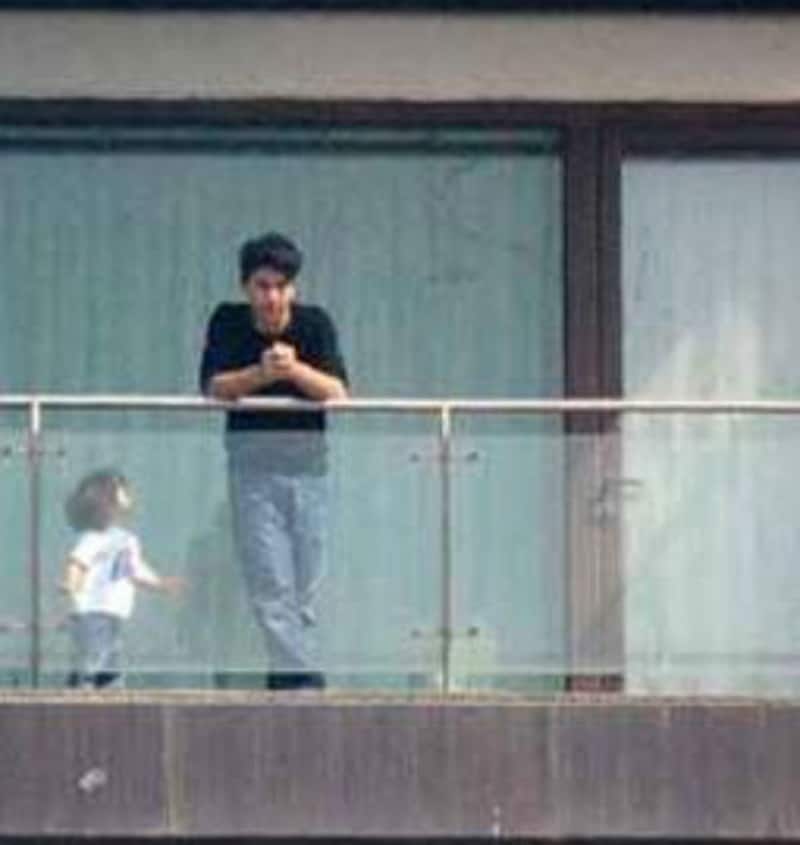 The actor snapped his sons chilling in the balcony...

Shah Rukh Khan dotes on his kids like any other Indian parent. He fusses over them, spoils them and loves them to bits! SRK often gives his fans a peak at his family life and he also tweeted the first pictures of his youngest one, AbRam last year. Since then he has been tweeting adorable pictures of the little one. Also Read - Salman Khan reveals Mannat was offered to him before Shah Rukh Khan but he rejected it; here's why

The most recent one has AbRam looking up to his elder brother Aryan Khan. They are both standing in the balcony at their house Mannat. SRK tweeted a snap of them with the caption, "The long and short of it....truth has a beauty if it's own." We are so glad to see that the toddler is now big enough to walk! In the picture little AbRam is looking up to his brother Aryan, who seems to be in a pensive mood. Also Read - Shah Rukh Khan's wife and ace designer Gauri Khan designs a new space at home; a look inside their glorious Mannat will leave you hypnotised [VIEW PICS]

The long and short of it....truth has a beauty if it's own. pic.twitter.com/gijWSze7qC

Shah Rukh Khan's baby boy is definitely one of the cutest star kids in B-town. The kiddo is more than a year old and is growing incredibly fast! He has already made his Bollywood debut in daddy's film Happy New Year, where the father and son were seen head-banging to music and having a blast! Also Read - Shahrukh Khan, Salman Khan and more Bollywood actors set to romance THESE south beauties in their upcoming films [Deets Inside]

Keep watching this space for more updates on baby AbRam!