We bet you won't be able to take your eyes off Shah Rukh Khan from Jab Harry Met Sejal song, Radha!

Missed seeing Shah Rukh Khan flaunt those abs? Well, you're in luck, for the actor has showed them off in Main Bani Teri Radha song from Jab Harry Met Sejal! Yes, the last time SRK glorified his abs were in Om Shanti Om, in the song Dard-e-disco. He sure set a trend for six pack abs after his stint. However, for Imtiaz Ali's next, Jab Harry Met Sejal, he has more washboard abs, which honestly are the thing now instead of those packs. Now if you're into athletic bodies, you will be floored by the little peek at SRK's abs. Been a while since he did that, right? But boy, weren't you awestruck the moment you watched him flaunt his pack of hotness! Also read: Jab Harry Met Sejal song Radha: Anushka Sharma adds a Gujju touch to Shah Rukh Khan's Punjabi number Also Read - Ram Charan to Shah Rukh Khan – here’s how much celebrities charge for endorsing a brand on social media

Already his Punjabi munda swag in the movie has left us swooning. Add to that the charm of those abs and Imtiaz has found the perfect recipe to kill us with too much hotness. In case you forgot, let's jog your memory. During the sensational India vs Pakistan match, the actor released the first 'mini trail' of his film with Imtiaz. Two more mini trails later, we now have the first song of the film too. Oh and it is one good looking city that they danced in! Just like Ranbir and Deepika, who painted the town red in Tamasha, SRK and Anushka are doing their own thing and it is quite a sight to behold. We don't mind an encore of Matargashti too, as long as Khan's washboard abs keep popping up on screen! Also Read - Trending OTT News Today: Salman Khan roots for Shah Rukh Khan's OTT debut, Tabu-Ali Fazal roped in for Vishal Bhardwaj's spy thriller Khufiya and more 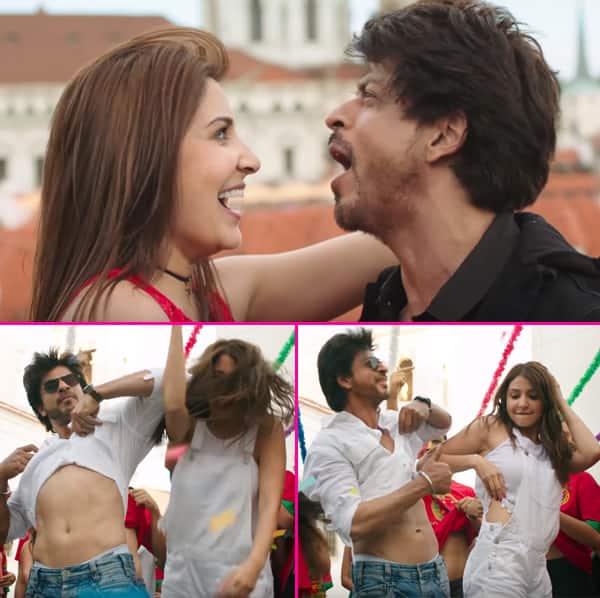 And the song that you're looking for....is here below:

Slated to release in August, the movie brings together Shah Rukh and Anushka for the third time. Now mind you, this is the first time that both of them are working for Imtiaz, so it's going to be quite an interesting watch. So far Khan's womanizing antics have received a mixed response from his fans. Oh don't worry, while many are shocked with his 'tharak,' others are simply loving this new avatar of the loverboy! What about you? Do you like what King Khan has to offer so far, with Jab Harry Met Sejal? Tell us in the comments section below...