Shahid Kapoor and Kangana Ranaut promote Rangoon on The Kapil Sharma Show, but where is Saif Ali Khan?

There were a lot of reports that Shahid Kapoor and Kangana Ranaut don't get along well despite doing Rangoon together. There are a few differences between the actors. But it seems both have decided to refute them completely. Recently, Shahid revealed that all three of them, namely, Shahid, Kangana and Saif Ali Khan promoted the film on Koffee With Karan. Now we have pictures of Shahid and Kangana from the sets of The Kapil Sharma Show. But there is no sign of Saif though.

The pictures also say a lot about the kind of chemistry these two share. But first we will talk about their looks. Kangana is looking gorgeous in a saree while Shahid is only getting hotter everyday. He has become the man we all females would like to call ours. Now coming to their body language, Kangana seemed to be clutching Kapil close to herself while Shahid has just held her lightly. Kapil seems really happy to have these two on his show. Check out the pictures right here and you will know what we are saying. Also Read - Deepika Padukone, Kareena Kapoor Khan, Anushka Sharma and more Bollywood beauties who went a little OTT with dramatic sleeves – view pics 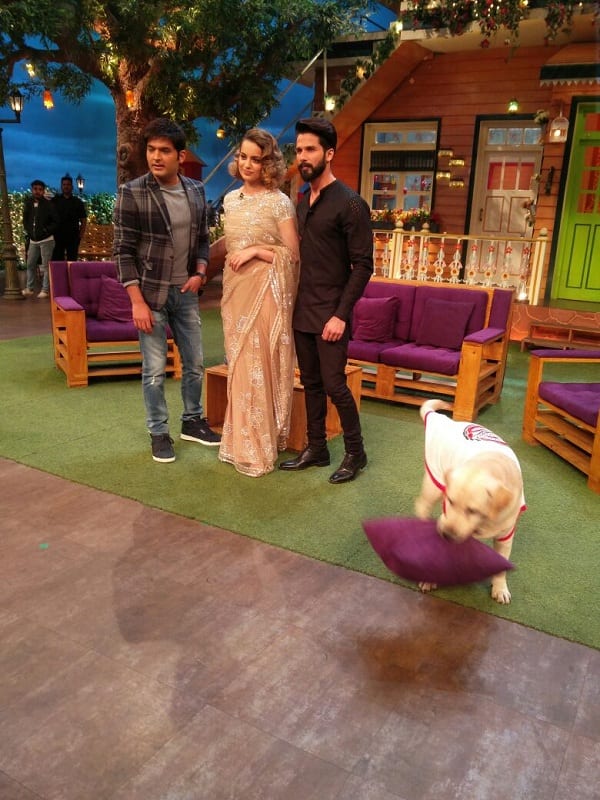 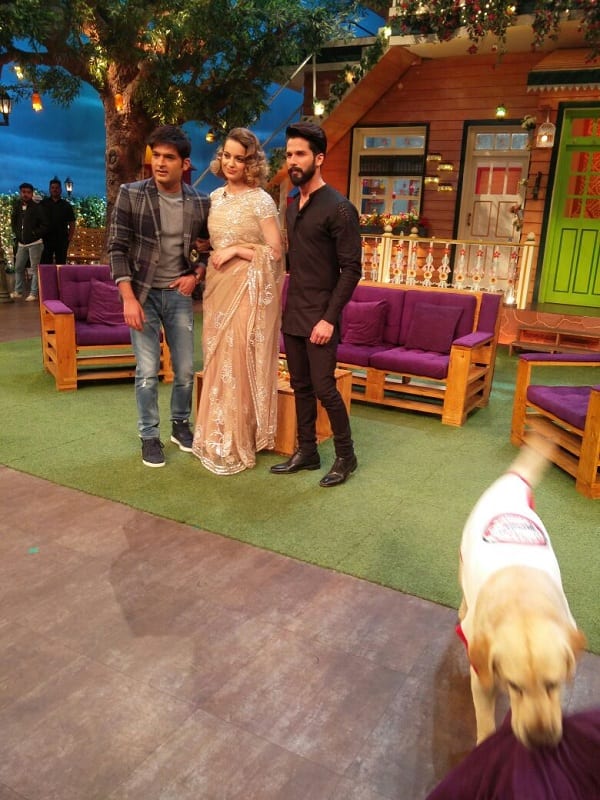 Kapoor had rubbished talks about issues between Kangana and him by stating that he is in good terms with the actress and there is no cold war whatsoever. “There are no issues between me and Kangana. I also read an article somewhere that we might not promote together. There is no problem. And I’d be happy to promote the film whenever, wherever, with Kangana and with Saif, who is also a very big part of the film. And with whoever chooses to be there because Rangoon is out on the 24th of Feb.” So anybody who are still busy speculating a fall out there, go take a walk.

Stay tuned for more such updates.