Shahid Kapoor and Mira Rajput are the IT couple of Bollywood. They give us relationship goals with their airport spottings, gym sightings and of course with regular dinner dates. Last night, the good looking couple stepped out for a dinner date, and paparazzi clicked them once again. The best thing about this date was how neither of them cared about dressing up. They were at their casual best. Shahid and Mira are couple goals indeed. The actor was dressed in a grey tee and blue shorts, while his wife was wearing a floral cami top and blue denims. Also Read - Ajay Devgn's Rudra co-star Raashi Khanna possesses the deadly combo of glamour and style and these stunning pics prove that

Recently, Mira revealed in an interview that she and Shahid make sure they put their daughter Misha early to bed, not just to keep her body clock in check but also so that they get to spend some time together. "We go to a lot of dinners," she added. Well, here are more pictures from their latest dinner. Also Read - Saif Ali Khan-Kareena Kapoor, Sanjay Dutt-Maanayata Dutt – 10 celeb couples who didn't let age difference come in the way of love 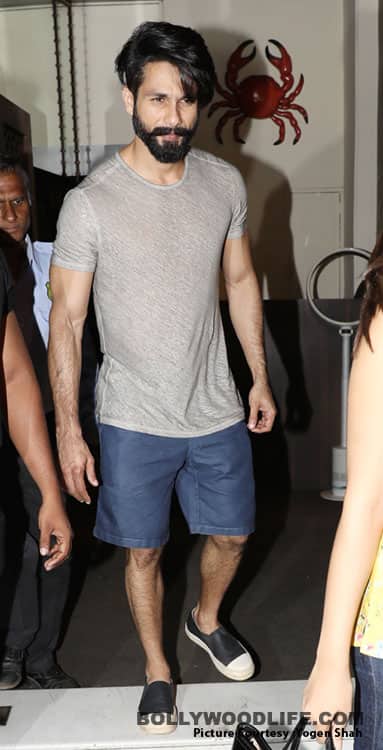 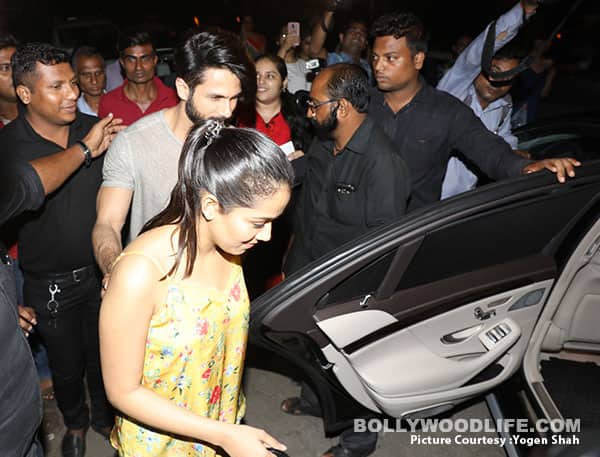 Shahid Kapoor will be next seen in Sanjay Leela Bhansali's Padmavati. He will be essaying the role of Raja Kunwar Singh of Chittor. Deepika Padukone is playing the titular role, in this movie, based on the popular folklore of Rani Padmini. Ranveer Singh will be seen as Alauddin Khilji. Shahid has been sporting the bearded look since the past few months for his role in this movie, and is having a great time shooting for it. Talking about his role, Shahid had recently said in an interview, “Somehow, by default, in most actors’ careers – over the years – they are remembered by the love stories that they have done. They (love) break the barrier of time and audiences keep going back to them. I have been a part of a couple (of such films) and I hope my next film, Padmavati also falls into that category. It definitely has the makings of being something like that.”