Shahid Kapoor or Ranbir Kapoor, who will be a better Chanakya? 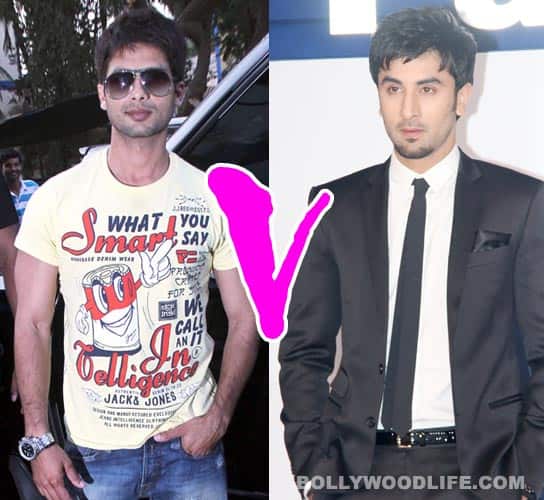 Book-to-film adaptations in B-town are incomplete without a considerable amount of ruckus. Chetan Bhagat got into the limelight after his brawl with the makers of 3 Idiots. Who’s next in this controversial queue? And who will star in the new bestseller on film?

Ashwin Sanghvi, the author of the bestselling novel Chanakya’s Chant is perhaps busy dealing with the mixed feelings churning inside him at the moment. He should be ecstatic about his book being made into a film, but we are sure the whole confusion created over who’s going to play the lead is turning him into a nervous wreck. The two contenders in this rat race are Ranbir Kapoor and Shahid Kapoor. Both of them are running faster than they would in a marathon race to grab this coveted role. We are sure that Ranboo the 'Rockstar’ has already started doing his homework and Sasha is probably waiting for the right ‘Mausam’ to start his thinking on the subject. Well Ashwin, all we will say is, don’t worry, you will get accustomed to the weird ways in which Bollywood functions. The pandemonium these stars create - phew! - is capable of creating a bigger ripple-effect than Anna Hazare’s chant! Coming back to Chankaya’s Chant - wethinks Ashwin, as the main guy in the saga, should be consulted at least once by the directors on who suits the role best. If he is not in on the whole thing, he could make as much of a hoo-ha as Mr Bhagat did, which would be one way of getting himself and the book - and eventually the film - a huge heap of publicity. And, good or bad, any PR is good PR, right? Also Read - BTS: Jungkook, Taehyung, Jimin get perfect desi songs in this superb thread made by Indian BTS ARMY