Shahid Kapoor's take on gender fluidity is a must read... 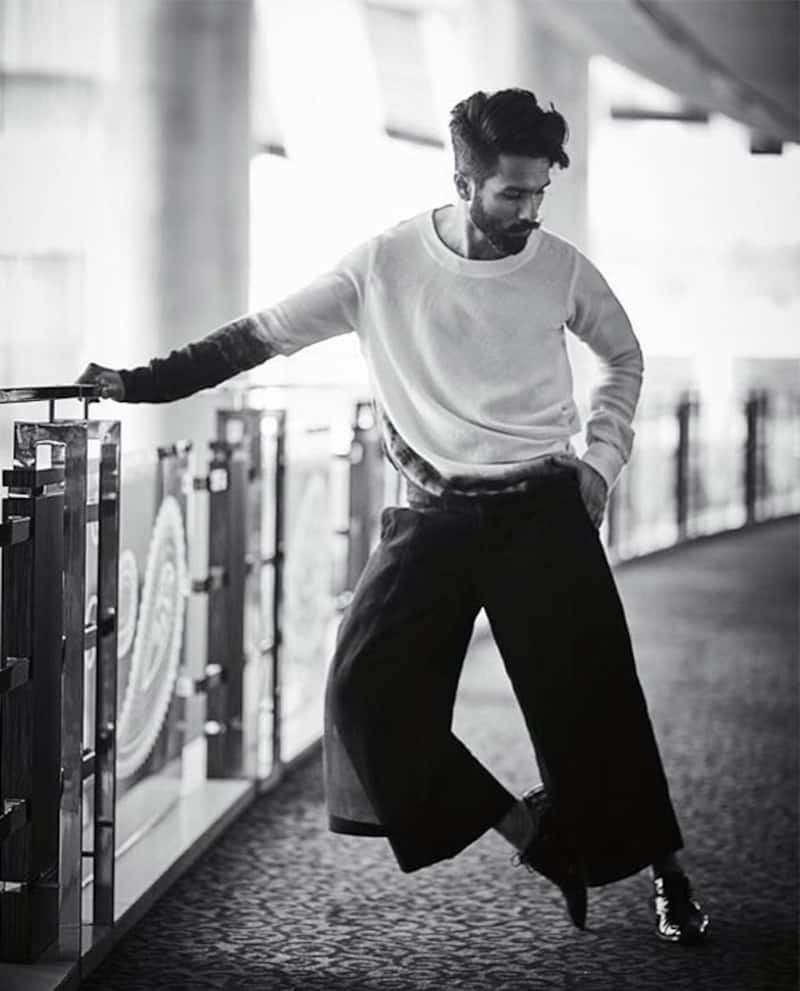 Shahid Kapoor graces the cover of a magazine yet again and it's not something you have seen before. The actor has got everyone talking about his latest photoshoot, and no it's not with his irresistible charm. Shahid has always been a fashion police's favourite as the actor is often seen sporting different looks which leave us wanting for more. During the award shows, Shahid shifts away from the basics and experiments with new looks, while many actors choose to play safe. This time was no different as the actor graced the cover for Hindustan Times Brunch for its March edition. However, it's not the cover which caught our attention, but the inside pictures where Shahid is seen pulling off a pair of palazzo pants. Also Read: [PICS] Shahid and Shraddha are having a blast on the sets of Batti Gul Meter Chalu Also Read - Bigg Boss 16: Not just Salman Khan, Abdu Rozik has met many Bollywood celebs; check out his SUPER CUTE pictures with Anushka Sharma, Shahid Kapoor and more actors

During the interview with the HT Brunch magazine, Shahid wrote and an exclusive essay on gender fluid fashion for men. He said, "Fashion is very personal for most people, especially men, whether you are rigid or fluid in your sartorial choices. This is not necessarily about our country or any other country or culture. Neither does this have anything to do with an individual’s sexuality. Also Read - Ayushmann Khurrana, Tiger Shroff, Akshay Kumar and more Bollywood stars who slashed fees for SHOCKING reasons

However, everyone should wear what they feel comfortable in. I don’t think anyone should try to impose any kind of ‘style sense or sensibility’ on anyone. It is great that we are living in times when we have the opportunity to express ourselves in different ways. Also Read - Aamir Khan, Akshay Kumar, Salman Khan and other stars who have worked in South remakes to stay on top of box office game

It is also about not being close-minded. You need to be aware of your surroundings. But if you get affected by and are vulnerable to what everyone around you says, then you are not self-assured. The first sign of being self-assured is confidence.

Eventually, that’s what fashion is all about – style has to be an extension of your personality. It is the way you express yourself. In our country today, this thought is becoming more and more prevalent." Check out his magazine shoot below:

@shahidkapoor makes a case for fashion being irrelevant to gender and much more in this men's style cover story with an exclusive foreward by the actor himself. Check out the link in bio! #fashionforward #fashionpicks #androgynousfashion #androgyny #menswear #mensfashion #brunchcover #coverstory #feature #fashionmen #fashion

Shahid could give other young actors a run for their money with his impeccable styling. You can surely take style cues from Shahid's simple yet elegant wardrobe. The actor even has his own clothing brand Skult which is all about funky casual attires. The actor is currently shooting for his upcoming film Batti Gul Meter Chalu also starring Shraddha Kapoor. He is often seen sharing pictures from the sets which is making our wait for the film harder.