Check out this adorable picture of Shahid Kapoor and Sanah Kapoor... 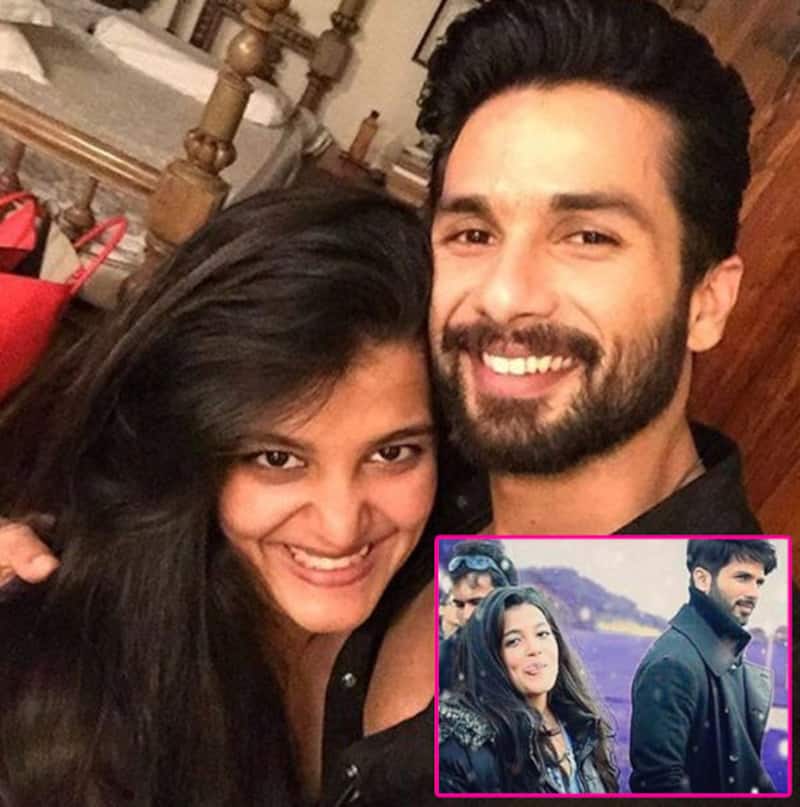 Remember Gulaabo from Shaandaar? Yes, we are talking about Shahid Kapoor's sister Sanah Kapoor. The actress turned a lot of heads when she made her big Bollywood debut, but she has disappeared ever since. We tried spotting her on various occasions but she was nowhere to be seen. However, Shahid finally gave us a glimpse of the actress once again. He shared an adorable picture of them with a caption, which read as, "Feeling the sister love today." In the image, we see Shahid and Sanah chilling at a beautiful location. Both of them look sweet in their black overcoats and knowing that it isn't so cold here, we guess that this is a throwback picture from their shoot or a vacation. Also Read - Kareena Kapoor Khan Birthday: Dig at Priyanka Chopra to speaking about ex Shahid Kapoor; Bebo's sassiest moments on Koffee With Karan

And after reading the caption we are really interested to know what made Shahid feel the sister love today? Is it coz Sanah did something special for him or complimented him or something else? Well, only Sanah can tell us about that. In the meanwhile, check out the post shared by Shahid right here: Also Read - Before Anjali Arora and Akshara Singh, MMS scandals of THESE Bollywood and South Indian actresses shocked the nation

On the professional front, Shahid is currently shooting for Sanjay Leela Bhansali's Padmavati. Sanah, on the other hand, has not signed any film yet. The actress had mentioned that she will take up a film in the first few months of 2017, but there hasn't been any announcement about it as of now. She had also expressed her desire to work with Sanjay Leela Bhansali, Vishal Bhardwaj, Ayan Mukerji and Karan Johar. We wish either of these filmmaker give her a part in their upcoming films. Won't that be great? Share with us your thoughts in the comments section below! ALSO READ - Sanah Kapoor was scared to work with brother Shahid Kapoor Also Read - Alia Bhatt, Anushka Sharma, Katrina Kaif and more Bollywood actresses who got the most expensive gifts from their husbands