Shahid Kapoor's sister Sanah is ENGAGED to this actor's son

Shahid Kapoor's sister Sanah Kapoor got engaged to Mayank Pahwa (son of renowned actor Manoj Pahwa) in a quiet and intimate affair a few days back. While no one came to know about this, it came to light when Om Puri's estranged wife Nandita accidently mentioned about it during an interview. Talking about the events leading up to Om Puri's sudden death, Nandita told a tabloid, "We were supposed to go for Pankaj Kapur's daughter, Sanah, and Pahwa's son, Mayank's engagement ceremony. Om called me, and by the time we got there, he reached my house...When he called me again, I told him, 'It's too late; we’ll see you tomorrow.' Ishaan and I still regret not seeing him that day... (sic)." Also Read - Ray web series review: Barring Manoj Bajpayee, Kay Kay Menon and Ali Fazal's performances, this will make Satyajit Ray very restless in the afterlife

While this news might come as a shock to many, looks like the engagement was planned well in advance. But it was kept very hush-hush since the beginning. Sanah was in the news last year for her brilliant Bollywood debut with Shaandaar. In the movie, we see her getting engaged and preparing herself for marriage. And looks like this whole episode just repeated itself in her real life too. Also Read - Ramprasad Ki Tehrvi, Nail Polish, Flight and more: Check out the highest-rated Bollywood movies of 2021 on IMDB 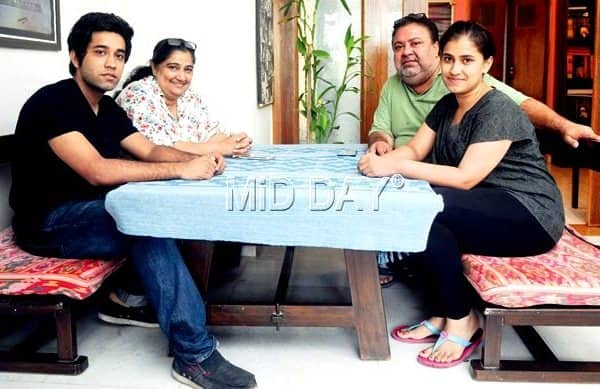 Talking about the engagement, let me inform you that Sanah and Mayank got engaged in the first week of January. The function was attended by close friends and relatives as both the families wanted to keep it a private affair. They had planned to make an announcement after a few days of the function, but they decided against it after Om Puri's passed away suddenly. The Pahwas were very close to Om Puri and were in no mood to have a grand announcement after such a tragic incident. Sanah and Mayank will now walk down the aisle after a few months. ALSO READ - Shahid Kapoor shares an adorable picture with sister Sanah Kapoor - view pic Also Read - What to Watch this Week: Cobra Kai, Paurashpur, Nail Polish – 5 titles to satiate your binge-watching urge

Shahid Kapoor had also hinted about Sanah's engagement when he posted an image of them together. He had captioned it as, "Feeling the sister love today." While we could not understand what he meant, we finally know what he was talking about! Anyway, we congratulate Sanah and Mayank on their engagement and wish them all the love and happiness in their lives!