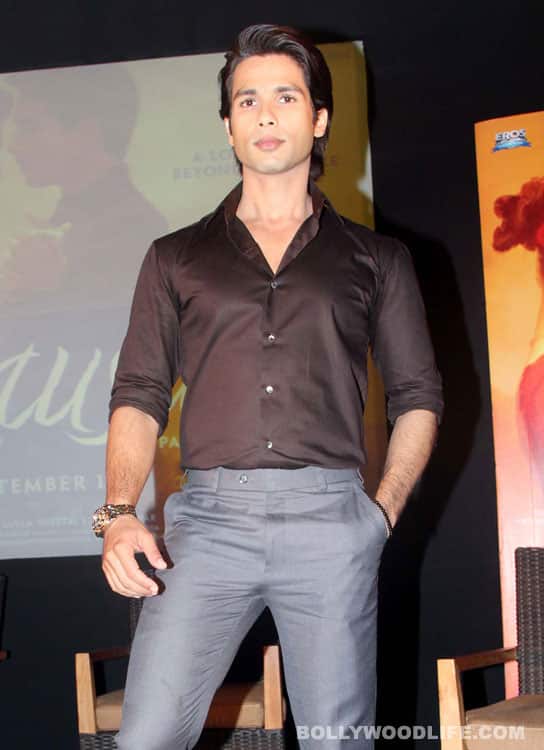 Despite going over his scripts meticulously and being extremely choosy, the Kapoor boy’s recent films haven’t worked at the box-office. The actor has now decided to rectify his mistake

In today’s times when people wrap-up a film in six months, Shahid Kapoor has been involved with his father Pankaj Kapur’s directorial project Mausam for nearly two-and-half-years. Well, he has personal reasons for that and we all know of how selective and focused Shahid is! Remember during his initial days he was dubbed as the new Aamir Khan? Just like the ace superstar Sasha too prefers to work on one film at a time. And that explains why in the eight-year long tenure the actor has had only 19 releases. Anyway, now Shahid wants to change his strategy completely. Recently, the actor said, “I have to start doing three movies per year. I made a mistake (of being choosy). Despite being picky a lot of my films have not worked, so then there is no point!” Looks like Mr Goody Two Shoes is getting jittery and having anxiety pangs before the release of Mausam. And we understand why! After Kaminey, Shahid has had a lukewarm run at the box-office with films like Dil Bole Hadippa!, Chance Pe Dance, Paathshala, Badmaash Company and Milenge Milenge. Maybe Sasha can learn something from his seniors, especially Salman Khan or Ajay Devgn. The two have been constantly churning one hit after the other without being overtly choosy. Wethinks Shahid doesn’t need to be choosy, what he needs is a better choice of films! Also Read - Kaagaz: Pankaj Tripathi and Satish Kaushik's film to reach the hinterlands of India through mobile digital theatres