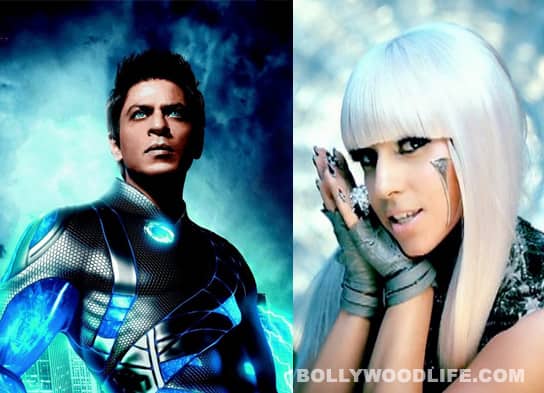 SRK’s sharp business mind has company, or so the super-Khan says. And if both those minds can work together, they can create magic!

We last saw Lady Gaga, the lady who was born this way, it was with alarmingly plastic green hair on the Simi Garewal show. And we tried not to get distracted by the elderly hostess’s rather eccentric accessories as we sat through her burbling at the more composed and natural pop star. In contrast to this strangeness was an old episode of Living With a Superstar, with Shahrukh Khan talking about the way he works and how much he gives to each role; he also spoke about the business of being an actor. Two disparate bits of information, you may think. But here is the point: SRK has been trying to get Gaga to do a song for his ultra-ambitious RA.One and says that “she knows her business well, she believes in pure, simple, wonderful business". According to him, Gaga is the superstar of reinvention and listening to her music has been a matter of personal reinvention for Shahrukh. We don’t know about reinventing SRK, because we kinda like him the way he is already, but wethinks Simi G could use a little of that re....what was it then? Also Read - Happy Birthday Lady Gaga: 5 songs with which the singer bowled us over