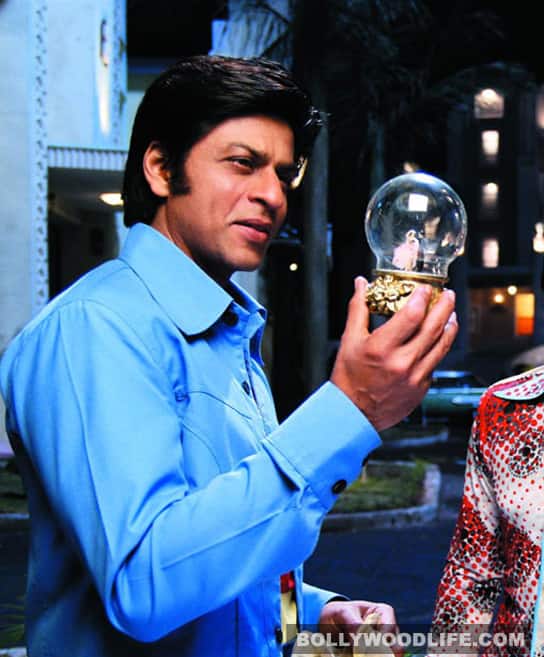 That’s just one of the many digs that SRK makes at himself in Om Shanti Om. We bring you the one we found the funniest

There was a time when films in Shahrukh Khan’s character died would exceed box office expectations. Cases in point: Darr, Baazigar, to some extent even Anjaam. Many years later, there were Kal Ho Naa Ho and even Om Shanti Om. Movies he didn’t die in too became a hit, but that didn’t stop him from referring to the trend in OSO. And taking another dig at one of his punar janam (rebirth) movies, Karan Arjun. It’s one of the sweetest and funniest scenes between Om Makhija and Shantipriya. Wethink it’s even more hilarious when you imagine them speaking the lines in English. The humour is definitely not lost in translation, do you agree? Also Read - 29 Years of SRK: From being married before entering Bollywood to attaining stardom with negative roles – here's how Shah Rukh Khan defeated the ODDS to become the world's biggest superstar

Shantipriya: Chaar baar? Also Read - #25YearsofAnjaam: Shah Rukh Khan's hilarious take on dancing upon a taxi proves he is the king of wit

Om Makhija: Come now and see my 'death' scene... I die great, very lively! My spot..My on the spot! The great talk is that (go, go) in whichever film I die, that film becomes a superhit..! In this film I die four times!

Om Makhija: Double role! Of twin brothers... Before the interval, villain kills both of us.. After interval, both of us take birth again and in climax kill the villain, then we both..die again! Mind It!