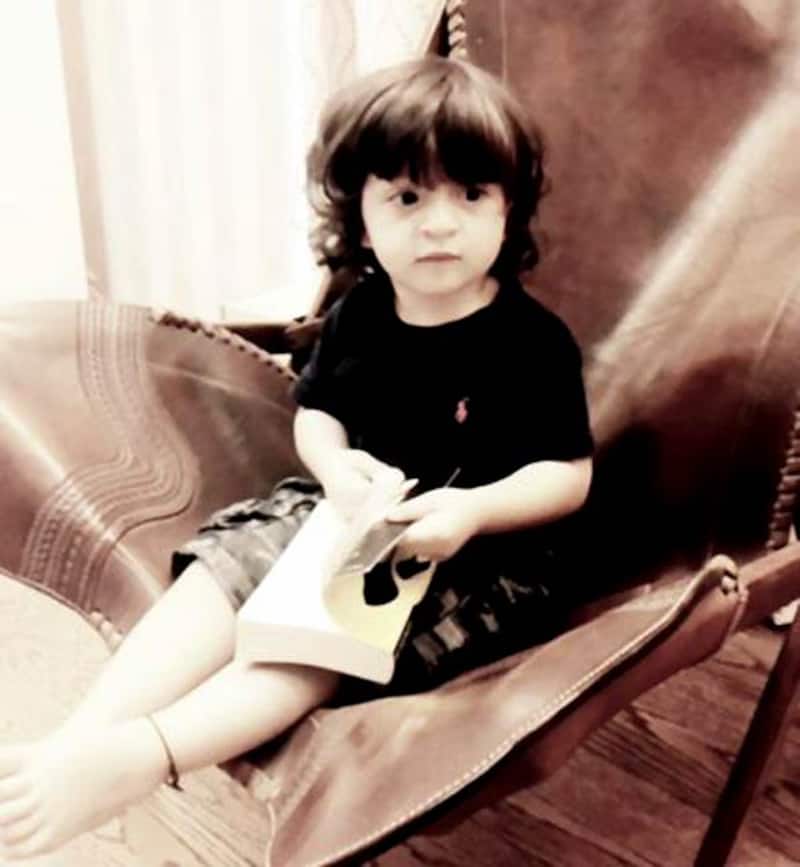 Little Khan loves to read just like his daddy...

A lot of Shah Rukh Khan's worldly wisdom comes from his reading habit. The actor is not just a globe-trotter he also a big bookworm. You can tell that from his profound and philosophical tweets where he often quotes celebrated writers. But looks like little AbRam is here to take on the legacy now... SRK posted a picture of his baby boy with a book saying that, "The proof is in the reading.“Books r no more threatened by Kindle than stairs by elevators” Stephen Fry. & so it is." Kindle may not may not overtake books as a reading option in future, that is still debatable but one thing we know for sure is that little AbRam will soon take over Khan's reading prowess! Also Read - Raksha Bandhan 2022: Ranbir Kapoor-Riddhima Sahani, Aryan Khan-Suhana; Most EXPENSIVE gifts B-town brothers gave to their sisters

Shah Rukh is being every bit the doting father that he is on Twitter. He recently posted a picture of his leg covered in pink bandages and said, "a day comes in every macho mans life when he has to wear pink leggings & he hopes at least his daughter approves." (sic) Some time back he tweeted a picture of AbRam and Aryan standing in the balcony together and called it "the long and short of it" Also Read - Trending Entertainment News Today: Laal Singh Chaddha-Raksha Bandhan BO war, Vijay Deverakonda FORCED to leave Liger event, Shah Rukh Khan annoyed and more

So despite being loaded with work on two films, Fan and Dilwale, SRK finds time to revel in the little joys of life with his three kids. Also Read - Pathaan Shah Rukh Khan gets annoyed as a fan tries to hold him; Aryan Khan trends as he turns into a protective shield for his father [WATCH]

For us today, little AbRam being a cute little bookworm is a day-maker! What about you?