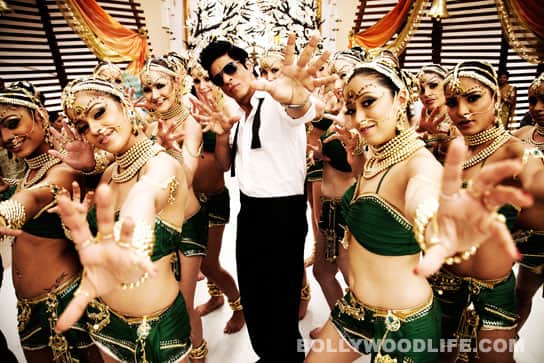 Also Read - #BLRecommends: Kota Factory 2 and more movies and series based on student life that you can stream now on ZEE5, Netflix, Amazon Prime Video and more

But RA.One is still a long way away from the 3 Idiots' lifetime box office gross of Rs 358 crore

Eros International, co-producers of Shahrukh Khan’s ambitious RA.One having shelled out Rs 150 crore to acquire the film, have claimed a worldwide five day (Wednesday to Sunday) gross of Rs 170 crore. Over the weekend alone, RA.One grossed Rs 137.25 crore in India (net collection of Rs 96 crore). Overseas where they don’t mess about with gross and net and a single figure is announced, the film took Rs 32.75 crore, according to Eros. Also Read - When R Madhavan was ‘advised’ to lie about his marital status for the benefit of Mani Ratnam’s film

RA.One opened at over 3,100 plus screens in India and 904 prints internationally, including 3D, Tamil and Telugu. In the UK, for some strange reason, the film didn’t open wide and is getting a bigger release only from Monday. Even if the Eros figures are accurate, RA.One is still a long way away from the 3 Idiots' lifetime gross of Rs 358 crore. However, SRK’s baby has plenty of legs left yet. The film is scheduled for theatrical release in the first quarter of 2012 across several territories including South Korea, Hong Kong, Taiwan, Russia, Lebanon, Jordan, Syria and Palestine, Brazil, Spain, Italy and Greece. Also Read - Netizens troll Shah Rukh Khan for film with Rajkumar Hirani with viral meme

As always, the good folk at Eros must have their say and here you are:

Nandu Ahuja, Sr VP, Distribution, Eros International Media Ltd thundered, “RA.One released to packed houses across the country on Diwali day and has already created history by taking over the mantle of the biggest domestic earner so far. The film continues to be on its record-breaking spree with several new achievements since its release. It has touched the highest individual collection in circuits such as Mumbai, Delhi, Punjab and Rajasthan. We see repeat viewings of the movie with the 3D version being equally sought after. With the Eid holiday also coming up next week and no other major film release; we are anticipating the film to continue doing huge numbers.”

Pranab Kapadia, President, Distribution, Eros International crowed, “The film is enjoying a superb run across all major regions including UK, North America, Europe, Australia and the Middle East. Overseas, the film has broken SRK’s own previous first weekend record established by My Name is Khan and Ra. One now occupies the position of biggest Indian first weekend grosser overseas as well. The Saturday release of 3D versions in most overseas markets means that we are looking at the film continuing to do some excellent numbers through the coming weeks.”

Ken Naz, President, Eros International, USA exulted, “Despite storms in the east coast and a state of emergency declared, the film has performed so well. Apart from audience appreciation, leading media like the New York Times and LA Times have hailed the film too and we can confidently declare this film to be one of the biggest ever blockbusters and top earners for an Indian film in the USA.”

They also go on to shamelessly plug all the brands that the film is associated with. Seeing as we are kind people and that you are already victims of the film’s saturation marketing, we’ll spare you those details.